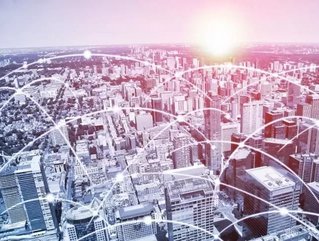 Google has announced its intention to expand its foothold in Canada with three new offices in Toronto, Montreal and Waterloo by 2020.

The company, which made its first venture in Canada almost 20 years ago with its Toronto office, has stated that the new offices will employ over 1,500 people each.

As the tech sector continues to take on increased prominence in the country, leading companies are starting to take notice of the inviting infrastructure and talented workforce available.

"We are excited to bring it together as one announcement that really underscores how we are looking at the Canadian market,” stated Ruth Porat, Snr VP and CFO at Google, in an interview with The Canadian Press. "There is extraordinary momentum up here.”

Shortly after news of its expansion plans, Google issued another press release announcing its partnership with NPower Canada.

In another display of boosting local employment, the company revealed it would be providing a CA$2.5mn grant to NPower in support of its work training ‘underserved’ young adults.

The money provided by Google would allow for NPower to expand the current program beyond Greater Toronto and into further areas, such as Vancouver and Halifax, by 2021.

"This partnership with Google is transformational for NPower Canada in that it allows us to provide vital in-demand skills and opportunities to more barriered youth across Canada," said Julia Blackburn, CEO of NPower Canada.

"We will be better able to support youth to launch meaningful careers, while also helping to address the tech skills gap and provide companies with the junior-level IT talent they need."

So far, NPower has been able to help develop the careers of almost 1,400 young graduates, with approximately 80% securing an entry-level position within IT after successfully completing the programme.

Sabrina Geremia, VP of Google Canada, said that the company was dedicated to fostering digital skills and providing opportunities for those who demonstrated great talent. She believes that Google has picked the perfect partner to achieve this goal.

"We're excited to partner with NPower Canada, which has a strong track record of supporting successful digital careers in IT, and meeting the ongoing demands of Canadian employers," she stated.