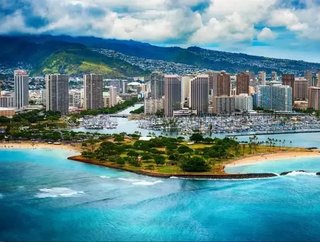 A new report from US News has revealed that Hawaii has the lowest unemployment rate across the US, ranking it top of its Best States for Employment Rankings.

The island state see’s its economy driven by tourism, being the industry that generates the state’s most jobs, supporting 192,000 workers, according to the Hawaii Tourism Authority.

Differing significantly from Hawaii, North Dakota is driven by a booming oil industry that has seen it named top for economic growth by PlayUSA.

“Huge rises in GDP, new business, and house values in recent years put North Dakota squarely on the map for those looking for a likely place to strike it rich,” said PlayUSA.

In order, Colorado, Utah, New Hampshire, Nebraska, Minnesota, Iowa, Massachusetts and Wisconsin round out the top 10, alongside Hawaii, and North Dakota.

At the other end of the scale, West Virginia was named bottom, ranking 49th in change in employment rate, 50th in labor force participation, and 48th in unemployment rate.