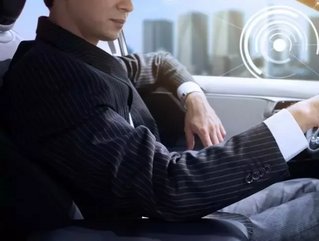 Japanese automotive manufacturer Honda has announced its intention to invest US$2.75bn in General Motors’ autonomous vehicle unit Cruise
Announced via press release on 3 October, Honda intends to invest US$2bn over 12 years in shared initiatives with GM and its Cruise program to “explore commercial deployment of the Cruise network.”
The additional $750mn will be paid in advance to secure a 5.7% stake in Cruise, according to Reuters.
GM’s press statement added that, together with recent investments from SoftBank, Cruise has a post-money valuation of $14.6bn.
“With the backing of General Motors, SoftBank and now Honda, Cruise is deeply resourced to accomplish our mission to safely deploy autonomous technology across the globe,” said Kyle Vogt, Cruise CEO.
The deal will see Honda, GM and Cruise develop autonomous vehicles in a joint venture with the aim of deploying ride service fleets around the world.
See more:
“Honda chose to collaborate with Cruise and General Motors based on their leadership in autonomous and electric vehicle technology and our shared vision of a zero-emissions and zero-collision world,” said Seiji Kuraishi, Honda’s executive vice president and representative director COO.
Automotiv manufacturing rivals are forging similar alliances to prevent them from falling behind in developing new technology, such as autonomous vehicles and MaaS services.
Ford and BMW are both reportedly expected to launch self-driving vehicles by 2021.
GM’s shares rose 3.5% in opening trading following the statement’s release.
GMGeneral MotorsHondaCruise
Share
Share