How to make the right business decisions 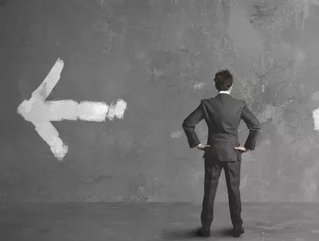 The Millennium Project (www.millennium-project.org) is an undertaking of the United Nations that began in 1996. Its audacious goal was to create a global collective intelligence system to improve the prospects for the future of humanity. There are now 40 countries taking part in the project, each represented by think-tank futurists, scholars, business planners, and policy makers who work for international organizations, governments, corporations, non-government organizations, and universities.

Every year, the Millennium Project releases an annual “State of the Future” report. The report discusses 15 global challenges facing humanity.  At first glance, it is unexpected that “Capacity to decide”—that is, decision making—finds a place on the same list of global challenges as clean water, peace and conflict, and energy.

In business, this cycle results in employees becoming less likely to step up, share innovative ideas, or solve problems. Furthermore, the impact of the inability to make decisions is not just constrained within the walls of organizations, it consumes every aspect of our lives—and it's getting worse.

For the past decade, The Regis Company has researched and tested various techniques in our simulations to identify how an individual makes decisions to determine whether those techniques could modify behavior. We hope to find ways to measure thinking capabilities, tendencies, and practices pertaining to decision-making.

The simulations have been most helpful in understanding the limitations that all people have to varying degrees when making difficult decisions. For example, a common tendency is for participants to fixate on the immediate information within their purview. Even when we provide them with cues into potential future issues or market shifts, they gravitate toward the here and now. When the decision becomes complex, we literally see people shut down and resort to guessing.

Is it possible to improve decision making skills?

Angelika Dimoka, director of the Center for Neural Decision Making at Temple University, conducted a study that measured people’s brain activity while they addressed increasingly complex problems. Using functional magnetic resonance imaging (FMRI) to measure changes in blood flow, she found that as people received more information, their brain activity increased in the dorsolateral prefrontal cortex, a region behind the forehead that is responsible for decision making and control of emotions. But when the load became too much, it was as though a breaker in the brain was triggered, and the prefrontal cortex suddenly shut down. As people reached information overload, Dimoka explained, “They start making stupid mistakes and bad choices because the brain region responsible for smart decision making has essentially left the premises.” This may also explain why people become increasingly frustrated and anxious. Since this region of the brain also controls emotions, an individual’s attitude worsens as decision making worsens.

Now, it’s time for the good news. It is possible to improve decision-making. However, it is not possible to teach people to become better decision makers by describing decision-making processes, providing checklists, following procedures, or punishing failures.

Human dynamics are some of the main contributors to pushing well-intentioned and thoughtful people down the path of poor decision making. Understanding the following list of human factors—we call them “derailers”—can help hone decision making skills:

Biases filter our experiences and affect the way we understand the world around us, allowing us to see what we want to see. It is a human tendency to draw a conclusion without considering all of the evidence. As we gather information, our brains naturally reference memories and facts to interpret it based on what we already know. A simple fact is that the information we receive is rarely entirely accurate, complete, or unbiased. In reviewing the information to make a decision, it is important to consider the likely accuracy of the data, what might be missing, and what biases exist in the observer or reporter.

The more choices we’re given, the more tired and less effective we become. The human brain has limited resources and energy to expend to make each choice. In the time between getting up in the morning and going to bed in the evening, an average person makes thousands of decisions. Each choice we make chips away at our mental energy. When it comes time to make important decisions, we may be mentally and emotional depleted, leading us down the path of least resistance.

With so many demands surrounding us all the time, it’s tempting to try to do it all, and all at the same time. The truth, however, is that multitasking actually slows people—and organizations—down. Our brains are optimized to focus on one task at a time. Spreading our attention across multiple tasks becomes draining and leaves little energy for those tasks that matter most. To make quality decisions requires quality thought and that comes from paying attention.

Fear appears more and more at all levels in organizations, and, in fact, it is the most common thing getting in the way of quality decision making. Fear of failure, fear of making the wrong decision, and fear of our own inadequacy all affect the actions we take and decisions we make.

Noise presents itself in multiple ways. World noise is the constant onslaught of news about collapsing governments, wars, uprisings, and acts of terrorism that shape our thinking. Organizational noise comes in endless streams of reports, metrics, memos, slide decks, e-mails, tweets, messages, and posts. At the individual level, there is internal noise, which manifests from our biases, fears, and competing priorities.

To improve decision-making requires an awareness of the impacts of the human dynamics in relationship to the underlying system dynamics. In other words, to improve decision-making skills requires an environment in which participants can practice making decisions in the context of real-world situations, and then have time to reflect and adjust their decisions relative to actual or anticipated outcomes.

Michael Vaughan is the author of The Thinking Effect: Rethinking Thinking to Create Great Leaders and the New Value Worker. He is the CEO and Managing Director of The Regis Company, whose leadership programs are designed to fundamentally change the way leaders think. Vaughan is a leading authority on serious games and business simulations and holds degrees in cognitive science and computer science from Colorado State University. For more information, please visit www.thethinkingeffect.com
and www.regiscompany.com.