If Canada's medical marijuana industry is burned, who will suffer? 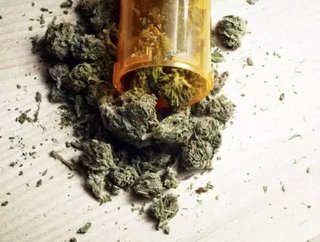 Just as the medical marijuana business was starting to bloom in Canada, it looks like a touch of corruption has erupted. Originally reported by the cantech letter, it seems that one producer is making acquisitions regarding doctors taking kickbacks. But if this allegation proves to be true, what will happen to this new industry and who will get burned?

Specifically, it’s the CEO of Nanaimo medical marijuana producer Tilray who believes that due to a lack of regulation in the industry, doctors are being prompted to accept kickbacks from other producers when they refer patients or issue medical documents.

The company previously stated the following: “The practice of providing physicians with financial incentives for these activities not only represents a violation of the professional standards by which physicians must abide, but also brings the entire Marihuana for Medical Purposes Regulations (MMPR) regime its patients into disrepute.”

It was just on April 1st of this year when new rules were introduced, completely changing the Canadian government’s views on marijuana. In short, a more lenient approach to the medical substances has taken place. But are some individual’s actions too lenient and perhaps even illegal?

RECENT TOPIC: What doctor’s can learn from the recent salmonella outbreak

It’s not surprising that if kickbacks prove to be happening and continue to take place that the whole industry could go up in smoke. Already believed by many to be an unnecessary and illegal practice, the last thing the medical marijuana industry needs is a scandal. And if one happens, many stand to suffer.

As expected, there are many parties involved in this business: doctors, patients, growers, dispensers—the list continues. Just looking at the money angle of the situation, many CEOs and company executives could stand to suffer if laws aren’t being followed.

A slippery slope due to the nature of the business, it would appear that everyone in connection with the industry should start following the code of ethics before it’s too late.

For more information regarding the health industry, visit our sister brand Healthcare Global.

RECENT TOPIC: Mediagrif CEO weighs in on the importance of tech jobs in Canada