If you’re happy and you know it: Canada ranks as joyful country 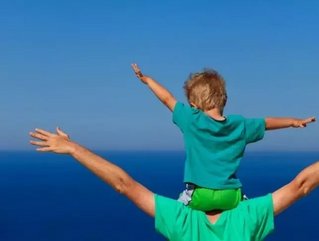 If you’re happy and you know it, clap your hands. That’s you, Canada—start clapping! According to the 2015 World Happiness Report from the Sustainable Development Solutions Network, Canada has ranked as the fifth happiest country on the planet. But what does this mean, exactly? And how did the country receive this title? Take a look!

Various factors that include the economics, psychology, health, national statistics and public policy of a country have been included to help determine the happiest country out of 158 different territories.

A Gallup World Poll data ranked countries, in which respondents were asked to rank their lives between 2012 and 2014 on a scale from zero to 10. Obviously, a score of zero concluded the worst possible life, while a 10 indicated the best possible life.

The last report, which was published in 2013, ranked Canada as number six—so it would seem that two years later, the country is feeling a little happier. Here are the five happiest countries of 2015:

Available since 2012, this report has received much of its publicity due to the fact that it is the first of its kind—this is the first time in which a survey has attempted to determine the state of global happiness. Other factors that are used to rank a country’s happiness include social support, life expectancy, generosity and perceptions of corruption.

RECENT TOPIC: Show me the money: financial mistakes to avoid in yours 30s

Interestingly enough, the report included a chapter on mental health among children and adolescents. According to the findings, one in 10 people under the age of 18 had a diagnosable mental illness, such as depression, anxiety and conduct disorder. In total, these statistics represent roughly 220 million young people around the world.

In an attempt to possibly aid the issue, the report asked for governments to address children’s mental health by adopting child well-being strategies and training medical professionals to treat youth and promoting well-being in schools.