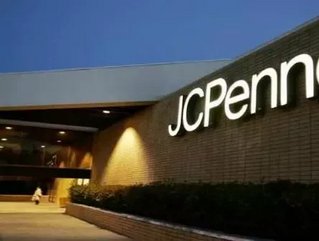 J.C. Penney announced that as of February 1, all of its merchandise will be marked down at least 40 percent in order to give customers immediate bargain pricing without having to wait for sales.

In a typical year, the retailer—like most retailers—offers hundreds of sales. But J.C. Penney CEO Ron Johnson believes that customers will be attracted to more predictable pricing when the company makes it available.

“Pricing is actually a pretty simple and straightforward thing,” said Johnson. “Customers will not pay literally a penny more than the true value of the product.”

It’s a bold move for Johnson and his first major change since he was appointed CEO in November. His reputation might ease the minds of investors and skeptics, though—before joining J.C. Penney he worked as vice president of merchandising for Target and led the innovation of the Apple Retail Store and Genius Bar when he was the company’s Senior Vice President of Retail Operations from 2000-2007.

The new strategy will be implemented as follows:

-J.C. Penney will use sales data from last year to calculate new prices on merchandise that will be at least 40 percent lower than the previous year. Those items will be considered “Every Day” merchandise.

-Sales will still exist at J.C. Penney, but not nearly as often as before. The retailer will now pick certain items to go on sale for a “Month-Long Value.” Sales will typically coincide with a particular time of year—jewelry will be discounted during the month of February, holiday decorations will go on sale in November, etc.

-Clearance sales will be incorporated to push items that don’t sell, but not until the first and third Friday of each month, when Americans usually get paid. Clearance items will be tagged “Best Prices.”

-Instead of layering stickers on price tags each time an item is marked down, each item will get a brand new, shiny tag when its price is reduced, clearly indicating whether the item is an “Every Day,” “Month-Long” or “Best Price” value.

-The retailer is throwing out complicated prices like $9.99 and only using round, whole figures.

Sound confusing? That’s because it is a bit confusing, and alien to the retail world, to boot. But J.C. Penney’s intention is to simplify its pricing system while boosting business.

“I have been struck by the extraordinary amount of promotional activity, which to me, didn’t feel like it was appropriate for a department store,” Johnson said. “Once you start to promote, the only way to beat a promotion was to make it bigger.”

J.C. Penney shoppers won’t get the rush of “One-Day Sales” and other flashy pricing gimmicks that other retailers provide, but they will have the calming satisfaction of knowing that J.C. Penney’s deals aren’t only pushed through a narrow window of opportunity.

So think of this as J.C. Penney’s attempt at Zen and the art of customer maintenance.

If this new system proves to be popular with shoppers and improves J.C. Penney’s revenue, the company will finally be able to breathe a sigh of relief. According to the Associated Press, J.C. Penney’s revenue at stores opened for at least a year rose only 0.7 percent during the 11 months through December 2011.  Competitor Kohl’s rose 1.1 percent and Macy’s jumped up 5.4 percent.