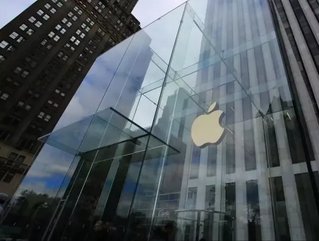 US technology giant Apple has started the year on a high, having seen a record $300mn worth of purchases on the App Store during New Year’s Day 2018 alone.

Throughout the week beginning Christmas Eve, a total of $890mn was spent over the course of the seven-day period, with a record number of customers having made purchases.

This success comes shortly after the company updated the App Store with the introduction of iOS 11 in September, with now over 500mn customers visiting the App Store on a weekly basis.

“We are thrilled with the reaction to the new App Store and to see so many customers discovering and enjoying new apps and games,” said Phil Schiller, Apple’s senior vice president of Worldwide Marketing. “We want to thank all of the creative app developers who have made these great apps and helped to change people’s lives.”

The company also revealed that app developers on the iOS platform generated a total of $26.5bn in personal earnings throughout 2017, a sum significantly higher than the previous year.

In total, since the App Store was launched in the summer of 2008, developers have earned over $86bn.