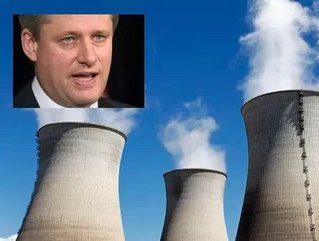 “This agreement will help Canadian uranium companies to substantially increase exports to China, the world’s fastest growing market for these products,” said Prime Minister Harper.  “It will generate jobs here at home while contributing to the use of clean reliable energy in China.”

The deal was inked today as part of a larger negotiation for the renewal of the strategic partnership our government formed with Chinese nuclear interests in 1994.  Its terms bind us to develop and market our uranium reserves far more aggressively than before.

Could SOPA Be Detrimental to Canadian Telecom Companies?

As the Prime Minister notes, this is part of a larger trend committing Canada’s resources to the development of emerging communities in the Far East.

The legislation will indeed create jobs for some Canadians, but critics are uneasy with the dramatic environmental implications of the treaty.  With the Fukushima disaster still fresh in our minds, the Prime Minister’s unqualified description of nuclear energy in the Far East as clean and reliable is somewhat suspect.

Still, Canada’s natural resources have long been exploited to the benefit of many Canadians, and the nuclear energy industry looks forward to a new era of prosperity as this scarce resource is channeled to the Chinese market.