Studio Graphene: Why corporates should look to startups to spur their innovation 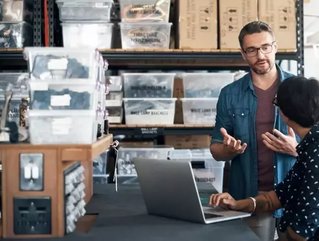 According to the American Enterprise Institute (AEI), only 60 of the Fortune 500 companies listed in 1955 still retain their place amongst the business elite. While for some of these companies, the decline was inevitable, for many it reflects their reluctance to embrace disruptive trends that have radically transformed the business environment and the nature of consumer demands.

In their wake has come a new generation of corporate titans including tech giants like Facebook, Amazon and Netflix who have rapidly become the dominant players in their respective industries. While many of these companies had humble beginnings as startups, once they went public, they begin to adopt a more corporate mentality in order to deliver regular profits for shareholders. Tesla Founder and CEO Elon Musk is a high-profile critic of this trend, saying that: “Being public puts enormous pressure on Tesla to make decisions that may be right for a given quarter, but not necessarily right in the long-term.”

Indeed, part of what marks Elon Musk out as such a successful entrepreneur is that he has retained his entrepreneurial spirit despite Tesla now being one of the biggest companies in the world. Many of his contemporaries, visionary leaders who took their companies from startup to the upper echelons of the Fortune 500, have long since been replaced by process-oriented executives with corporate backgrounds.

As someone who made the leap from the corporate world of management consultancy into the dynamic startup landscape, I know how difficult it is for companies to retain their dynamism as they transition from agile challenger to established incumbent. While many founders bemoan the lack of a level playing field when it comes to the resources available to large corporates, being small can be an advantage for innovative startups as they are neither too unwieldy nor too conservative to implement new ideas.

What do startups have to offer?

So, if the balance of power is currently tipping away from large corporates it’s worth asking what about startups makes them so innovative. Startups generally consist of a small team which means they can remain responsive to changes in the market. They also depend for their vitality on identifying new, more efficient methods which means they usually make for more cost-effective enterprises. As private entities, startups can make decisions with the long-term in mind as they don’t have to worry about the impact of quarterly performance on their share price.

In my work with startups, I’ve seen how the need to break new ground affects the culture of many successful startups. Indeed, the most successful see their lack of scale as a virtue because it makes for clear-eyed decision-making.

However, even if corporates were to acknowledge the merits of this dynamic approach, they are fundamentally prevented by their size, structure and priorities from truly adopting a startup mentality. Simply put, innovation in the corporate world equates to risk. Risk of wasted resources, both in terms of dollars and man-hours. Risk of reputational damage if a creative project fails to bear fruit and in exceptional cases, the risk that a new product or technology will be so successful that it will reshape the industry, making it less favorable to the company who developed it.

Why do big corporates fail to innovate?

While large companies are too big and have too much on the line to be truly creative, total disregard for innovation is not an option. These days, companies understand that they have to continue innovating if they want to guard against the threat of dynamic new challengers. Of course, casting aside your traditional ways of working comes with an immense amount of risk and so it’s understandable that many executives are reluctant to wholeheartedly commit to new projects.

Some companies reach a compromise that allows them to balance these competing objectives. For example, by implementing schemes that allow employees to strike a balance between their work on existing projects and on developing new ideas. Google’s ‘20% time’ is probably the most feted example as the company’s policy of allowing engineers to devote 20% of their time to personal projects resulted in some of the company's most successful products such as Gmail, AdSense and Google Talks.

While this can approach can be a fruitful one, it’s worth noting that many companies have abandoned this model as they have become large global businesses. Corporates like Google now span too many sectors and jurisdictions to rely on such an ad hoc approach to innovation. Consequently, they need to find a framework that allows them to continue pushing technological boundaries while still focusing on maximising the value of their major revenue-generating products.

Why should large corporations look to collaborate?

The reality is that the corporate world is being disrupted at an exciting pace. Therefore, I believe that established companies would be wise to outsource innovation by partnering with young and dynamic startups. Ultimately, these partnerships have the potential to create mutual value by granting the startup access to capital and distribution networks while giving the corporate a chance to benefit from innovative new projects.

This change in corporate culture takes many forms including mentorship programmes and in-house tech incubators but strategic partnerships are gradually emerging as the most effective way of leveraging a startups’ disruptive potential.

As corporations become larger and more results-oriented it makes it more difficult for innovative ideas to come to fruition. That’s why I believe forward-thinking companies are increasingly looking to collaboration with startups as the solution. After all, there’s nothing to suggest that corporates and startups have to co-exist as separate entities. In the digital age, size doesn’t guarantee future success. If large companies don’t take the necessary action to stay one step ahead, they’ll soon find themselves falling behind.