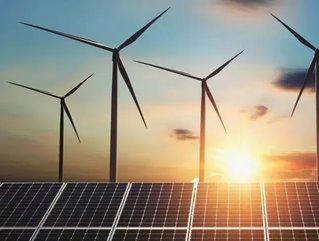 Originally owned by the City of Kimberley itself, the 1.05MW facility opened in 2015 and has been in private negotiations with Teck for several years. “Our involvement with SunMine is part of our commitment to taking action on climate change, advancing renewable energy development, and supporting the global transition to a low-carbon economy,” stated Don Lindsay, President and CEO. “SunMine will help us gain firsthand experience with solar power generation as we advance the use of solar power at other operations.”

Teck’s acquisition of SunMine is representative of a growing trend in the mining sector to move away from fossil fuels and use renewables instead.

Heavyweights in the industry like AngloAmerican espouse the benefits of making the change, claiming that doing so will make mining cheaper, create employment for engineers, lower green gas emissions, develop sustainability, and increase energy efficiency at mining sites.

With the global mining industry consuming an estimated 400TWs of electricity per annum - roughly equivalent to France’s yearly demand - fundamental changes will need to be made. At a time when sustainability is everyone’s buzzword, the timing is perfect to start supplementing solar power into the energy supply equation, particularly as the equipment enabling it gets cheaper.

Saving money, not just the world

A report from the Columbia Center on Sustainable Investment found that a mining operation’s energy expenditure can account for 15-40% of its costs. As the prices of fossil fuels goes up, the CCSI forecasts that the general demand for energy could increase by a further 36%, meaning future costs are likely to increase significantly too.

To illustrate the difference that incorporating solar power can have, generator company Aggreko currently offers a solar/diesel hybrid solution for remote mines that claims to be 20-30% cheaper than its solely diesel counterparts. It’s a microcosmic example of the savings that are waiting for companies proactive enough to reimagine how they power their business.