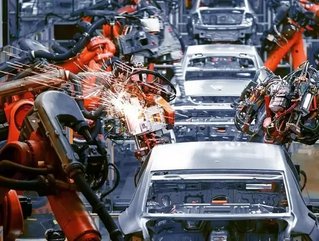 General Motors’ announcement on November 26 that it will close five production plants across the United States and Canada could present an opportunity for electric vehicle manufacturer, Tesla. This week Tesla Inc. CEO, Elon Musk, said on CBS’s ‘60 Minutes’ that he is considering buying several of the plants that will go idle next year, Bloomberg reports.

"It's possible that we would be interested. If they were going to sell a plant or not use it that we would take it over," Musk said.

According to CNBC, “GM's decision to cut production at several plants and eliminate 14,000 jobs has caused anger and worry among lawmakers, labor leaders and people in the regions that depend on the factories for work.”

The plants’ closure could represent an opportunity for Musk and Tesla, as the company continues to ramp up production of its Model Three. Musk’s new “sedan for the masses” is currently being built at a factory in Fremont, California. It “is a former GM plant that closed in 2010 but reopened later that year under Musk.”

Business insider wrote last week that “[the Fremont] factory is pretty well maxed out, at this juncture. Tesla has another plant in Nevada, where it makes battery packs. But it's even farther off the auto-supply-chain grid. The company has plans to build another factory, in China, but that will takes years.” With its own infrastructure in danger of being outpaced by demand, Tesla’s adoption of GM’s existing floor space and equipment could provide a productivity boost to the company, and return jobs to the regions affected by the idling of GM’s plants.

It is likely that, of the five plants closed, Tesla would begin operating in one of the four located in the United States: Detroit; Warren, Ohio; White Marsh, Maryland; or Warren, Michigan.