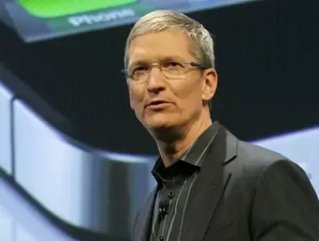 Finally, we have a date. Tim Cook, Apple’s new CEO, will unveil the iPhone 5 on October 4 making for his public debut on the big stage. Cook has been in the public eye before with the announcements of the new Apple products, but next month’s event will be the first time the new CEO will take the stage with his new title. And not to mention, his announcement and unveiling of the iPhone 5 is pretty major and has been long awaited by millions of Apple users and fans.

While the nation is so used to seeing Steve Jobs make these product announcements, reports are floating around that he may make a cameo appearance. We already know the anticipated next-generation iPhone will have sky rocketing sales, but a Jobs cameo would just make the day so much sweeter.

There hasn’t been any confirmed design elements from the iPhone 5, but we can imagine an improved camera and body, along with additions to the operating system, will be on the forefront. And there is already a long line of Americans who can’t wait to make their smartphone upgrade.

Reports are suggesting that the product will be available mid-October and we can’t wait to see what sorts of pandemonium the product launch will create throughout the states. Stay tuned for any updates and iPhone 5 speculations.