Uber continues to dominate ride-sharing for professionals, sets its sights on retail and grocery 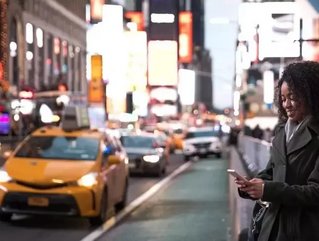 Expense-tracking firm Certify announced that ride-sharing app Uber was the most expensed brand by North American business travellers in 2018. Certify’s Q3 2018 SpendSmart report, which tracks the most common expense claims made through the company, found that Uber was the most utilized brand in the region, accounting for 11% of the 10mn total transactions studied.

Uber accounted for 73% of all car rides purchased in Q3, with competitor Lyft claiming 20%, and traditional taxi services accounting for 7%. Uber’s market share represents a 300% increase in comparison to the company’s figures from Q3 of 2017.

Founded in 2009, the San Francisco ride-sharing company is currently the most valuable startup in the US, with a market cap of $7.5bn, according to Forbes. On the heels of Certify’s report, which highlights Uber’s dominance of the transportation for business sector, Uber “has extensive ambitions to become a major player in groceries.”

Forbes reports that Uber is currently in the process of hiring for a new Head of Grocery Product role. The position will center around Uber’s plans to “"build the organization and globally scale a brand new product offering which will fundamentally evolve how people purchase their groceries."

In 2017, Amazon acquired organic, upscale supermarket Whole Foods for US$13.7bn. With a total revenue of $641bn last year, the US grocery market is “attracting considerable interest and investment”, Forbes reports.

“The model is fairly basic”. Companies like Walmart and Amazon are adapting the digital model that sees customers splitting time between shopping for products in-store and ordering online for delivery or collection.

Uber’s strategy to “fundamentally evolve how people purchase their groceries”, has yet to be revealed. But, according to Forbes, “what's certain is this: Companies other than traditional grocery retailers can and will severely disrupt the future of grocery retailing.”