US Manufacturing Continues to Grow at a Steady Rate 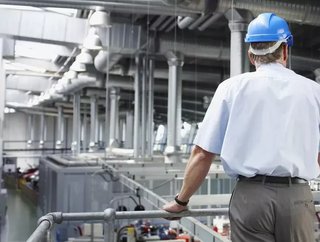 ISM’s index of national factory activity fell from 60.6 in June to 59.5 in July. Yet the news might be slightly positive—growth is slow but sustainable

Yes, US manufacturing has slowed, and no, that’s not necessarily a bad sign. We’ll explain why. First, let’s start with the stats. According to the Institute for Supply Management (ISM), its national factory activity index dropped from 60.6 in June to 59.5 in July. (Initially, economists polled by Reuters had predicted that it would only fall to 60.9.) Demand is shifting from goods—especially consumer electronics and other COVID quarantine necessities—back to services such as restaurants, sporting events, and travel.

However, this is cause for relief amongst some industry experts. ‘Supply and demand dynamics appear to be moving closer to equilibrium for the first time in months’, said Timothy Fiore, ISM’s Manufacturing Business Survey Committee Chair. Added Chris Low, Chief Economist at FHN Financial: ‘Manufacturing is slowing from unsustainable boom to sustainable strength’.

Born in the USA

Last week, President Joe Biden proposed bolstering the nation’s current ‘Buy American’ standards. Federal contractors will now have to report their percentage of American-manufactured products and materials in detail. ‘We’ve got a new sheriff in town’, said Biden. ‘[The US government] is going to be checking’.

Believe it or not, according to CNN Politics, the US federal government is the single largest purchaser of consumer goods in the world—which means this new legislation would have a major impact. In addition to heightened contractor oversight, any goods bought with taxpayer funds will have to be made up of 75% US-manufactured materials, as opposed to the current 55%.

Although the rate of expansion has slowed, US manufacturing is still above that critical 50-point mark on the ISM index that separates market decline from market growth. In addition, six of its largest manufacturing industries—computers and electronics; fabricated metal; chemicals; food, beverage, and tobacco; transportation equipment; and petroleum and coal—reported moderate to strong July metrics.

Where Are We Headed?

According to US News & World Report, American manufacturers are still struggling with supply chain delays, rising shipping prices, and raw material shortages. ‘As we enter the third quarter, all segments of the manufacturing economy are impacted by near record-long lead times’, said ISM’s Fiore. But this storm cloud has a silver lining. Labour shortages have eased as more citizens get vaccinated, and unemployment benefits start to phase out. Consumer demand is still strong, and manufacturing, while not coming out guns a’blazing, has settled into a pace of slow growth.
And after the year we’ve had, it’s best to remember the parable of the tortoise and the hare: slow and steady wins the race.