Verizon to continue with buying Yahoo and developing wireless services 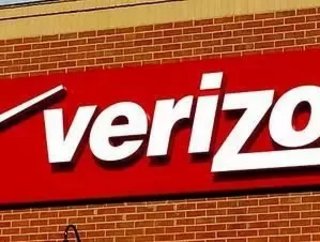 Despite the increasing number of lawsuits against Yahoo since it became known to be behind the largest data breach scandal in history, the acquisition between the company and Verizon Communications has been agreed at $4.48 billion, bringing down its original offer of $350 million.

Acquiring all of Yahoo’s current one billion users and services under its umbrella, ranging from messaging, emailing and advertising, the merger will not include sole liability, with Yahoo retaining responsibility of the liabilities associated with the current investigation and lawsuits, but if the deal goes through as planned before the lawsuits are finalised, new holding company Altaba will become owner of the lawsuits under Yahoo. However, both Verizon and Yahoo will “share certain legal and regulatory liabilities arising from certain data breaches incurred by Yahoo”, according to a recent press release.

Marni Walden, Verizon Executive Vice President and President of Product Innovation and New Businesses, said: "The amended terms of the agreement provide a fair and favorable outcome for shareholders. It provides protections for both sides and delivers a clear path to close the transaction in the second quarter."

Marissa Mayer, CEO of Yahoo, said: "We continue to be very excited to join forces with Verizon and AOL. This transaction will accelerate Yahoo's operating business especially on mobile, while effectively separating our Asian asset equity stakes. It is an important step to unlock shareholder value for Yahoo, and we can now move forward with confidence and certainty. We have a terrific, loyal, experienced team at Yahoo. I'm incredibly proud of our team's strong product and financial execution in 2016, setting the stage for a successful integration."

Analysts have highlighted that despite the hacking, Yahoo still have a loyal client base, where a predicted severe decrease in user numbers did not create as much as a ruthless impact, despite initial thoughts. It’s user base and global position within a number of platforms finally secured Verizon’s interest and acquisition of Yahoo.

Furthering the company’s digital present, subsidiary Verizon Wireless will soon be launching 5G services within 11 US cities, and will roll out their pilot programme this April. Still at the pre-commercial stage, the network will enable rapid connection speeds then traditional network services by up to 10x. Trials in a number of areas are underway, at which the FCC has aligned their strategies with enabling quicker, swifter, and responsive wireless services.