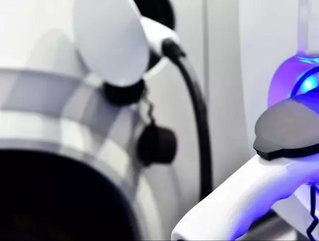 In a 6 September press release, Walmart Canada announced it has ordered 30 additional Tesla Semi trucks amidst plans to switch its fleet to 100% alternatively powered vehicles by 2028
Walmart Canada had originally ordered 10 Semis in 2017, and the updated order of 40 will mean that “the company will feature one of the largest electrified fleets planned by a company in Canada and will reach an initial milestone to convert 20 per cent of Walmart’s fleet to electric power by 2022”.
Tesla’s Semi will be the company’s first electric heavy goods vehicle, and the firm says it is “the safest, most comfortable truck ever”.
The as yet unreleased truck was recently distributed to a select few Tesla customers, with the prototype appearing in brief clips on UPS Illinois’s Twitter page.
One of the tweets, in tandem with a video of the truck in action, read: “That Tesla tractor is one smooth ride”.
Walmart Canada has said that the updated order is emblematic of its increasingly sustainable approach to its business operations.
John Bayliss, senior vice-president of the company’s logistics and supply chain, said:
“We are always looking for innovative ways to minimize our impact on the environment and lead the industry in the drive for sustainable change”.
See more:
The press release also stressed Walmart Canada’s ongoing commitment to ensuring driver safety, citing a range of the Semi’s safety features.
These features include automatic emergency braking, automatic lane keeping, lane departure warnings, and surrounding vehicle cameras for object detection and mitigation of blind spots.
Tesla’s Semi will be capable of 500 miles between charges and this is “in line with Walmart Canada’s general fleet system, which consists mainly of single day round trips – allowing for the ability to convert from diesel at a faster pace”.
Electric VehicleWalmartWalmart CanadaUPS
Share
Share