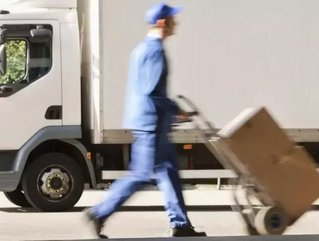 Walmart Canada has announced a partnership with American same-day delivery company Instacart as it looks to expand its delivery capabilities
The delivery service, available in the Greater Toronto Area from 13 September and later in the month for Winnipeg, will give Walmart Canada an edge against its competitors, namely Amazon and Loblaw.
“This is the first time shoppers in Winnipeg will have access to the grocery delivery service and the first time Toronto residents will have the option for same-day delivery”, TechCrunch said.
“Canadian families are busy, and saving time is as important as saving money,” Lee Tappenden, President and CEO of Walmart Canada, said in the company’s press release.
“By teaming up with Instacart, we’re providing our customers with express home delivery of fresh, quality groceries at Walmart’s low prices every day in as little as an hour”.
Despite being an American company, Instacart does not have a deal in place with Walmart in the US.
See more:
Walmart instead partners with various services, including DoorDash and Postmates, and previously held deals with Uber and Lyft.
Reuters reported that Loblaw Companies signed a deal with Instacart in November 2017 to provide home delivery to its customers in Vancouver and Toronto.
“Startup Instacart counts WholeFoods, Costco, Target and more than 100 other retailers as customers for grocery deliveries”, Reuters added.
TechCrunch noted that Instacart has an existing deal in place with a Walmart subsidiary, Sam’s Club, which it announced in February, providing same-day delivery to Sam’s Club members.
Walmart CanadaAmazonWalmartLoblaw
Share
Share