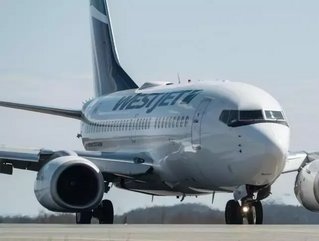 WestJet has revealed that long standing CEO and President Gregg Saretsky will be retiring from the position after eight years of service at the helm of the company.

“For the past eight years, it's been my privilege to lead team WestJet through a tremendous period of growth and success,” said Gregg Saretsky. “I am proud of the many great things we have accomplished together during my time as President and CEO, and I wish WestJet well in the next chapter of its growth and evolution.”

Under Saretsky’s leadership the company’s entire fleet almost doubled in size, WestJet Encore was launched and its service to Europe was started. Further, more recently, the company also announced the impending introduction of 787-9 Dreamliners to its fleet and the launch of its discount airline brand Swoop.

“Gregg has taken WestJet to new heights during his tenure and the airline would not be in the strong position it is without Gregg's business knowledge, drive and work ethic, and his focus on low costs,” said Clive Beddoe, WestJet Board of Directors' Chair. “On behalf of the board, we sincerely thank Gregg for all of his contributions to WestJet. We wish him well in his retirement.”

Executive Vice President Ed Sims will assume the role as CEO and President of WestJet commencing immediately, whilst having also been appointed to the company’s Board of Directors.

“I am honored by the opportunity to assume the role of President and CEO, and believe strongly in WestJet's next global chapter and the growth potential ahead,” said Ed Sims. “I thank Gregg for his leadership, and for setting the foundation for WestJet's global evolution.”