What can businesses in the United States learn from Sears Canada losing its CEO? 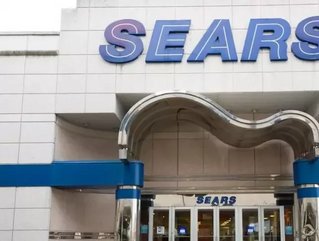 With the help of Business Vancouver, our sister brand Business Review Canada recently reported that Sears Canada has lost yet another CEO. Specifically, the company has lost four leaders in four years. This staggering statistic could mean trouble for the falling franchise. But is there a lesson to be learned here? Though it’s the Canadian branch who has recently found itself without a CEO, businesses in the United States should still take note of what Sears Canada seems to be doing wrong.

As  stated above, Sears Canada can’t keep a CEO—not for more than a year, anyway. What’s the real  problem behind this issue?

This time, it’s Ronald Boire who has decided to step down from the company in order to “pursue an opportunity in the United States.” And while Sears is now on the hunt to find someone to replace Boire, the business needs to take a look at some important factors if they want to hire someone that is going to stick around.

For example, Sears Canada—and businesses in general—need to be more mindful of who it hires. At the time, Boire most likely seemed like the perfect candidate for the job at hand. He actually originally stepped into the position in October 2014 as interim CEO just one month after his predecessor resigned.

RELATED TOPIC: Why allowing your employees to telecommute is good for business

Perhaps that’s one of the problems: instead of promoting the interim CEO to the full time position, the company should have then been on the lookout to find a serious, qualified candidate. Again, Boire may have been suitable for the job, but there are high chances that someone out there would have been an even better for it.

It seems that Sears Canada was looking for a “quick fix” verses taking the future of the company into consideration—big mistake. If a business wants to be successful, then it needs to be prepared and plan for the future.

In the meantime, Brandon Stranzl has been named executive chairman of the company. Stranzl, a company board chairman, may be the best candidate for the job at the moment, but is Sears Canada headed for the same murky waters that its been sinking in for the past four years?

Regarding the matter, Stranzl has made the following statement: “I am enthusiastic about the opportunity to play an expanded role within our organization, and I am committed to working closely with all our Sears associates and business partners to make progress on our goals to delight our customers and return Sears Canada to profitability.”

It would be wise for Sears Canada to take this time and really search for a CEO who not only is qualified for the position, but one who is also ready to help the company grow and become part of the team. It goes without saying that losing four top executives in four years is bad—for several reasons. The company will most likely have trouble finding a serious CEO to take over, as stability has proven to be an issue.

It doesn’t matter where a business is located—Canada or the United States—everyone has a common goal: to be successful. In order for a company to reach success, it needs to fix problems early on and make sure they stay fixed.

RECENT TOPIC: [INFOGRAPHIC] What does your logo say about your business?