Where's the Housing Boom in Canada? 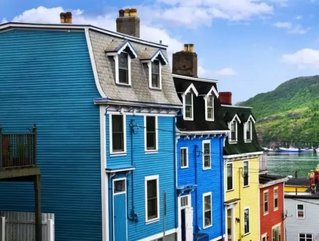 According to a housing report released by BMO Economics, the housing boom has come to an end for most parts of Canada.

Several cities, however, are expected to see continued growth in their housing markets until an interest rate hike occurs.

Here is a look at three Canadian cities where housing is still booming:

In February, 2015, home sales and home prices in Toronto increased by 11 percent and almost eight percent respectively from a year ago, according to a report from the Toronto Real Estate Board. The growth in demand was somewhat unexpected considering that it was an extremely cold February.

At the end of the month, the number of active home-for-sale listings fell 8.7 percent compared to the same time last year, resulting in heightened competition among buyers.

Many homebuyers are trying to take advantage of the low interest rates that are offered by major banks by coming up with enough money to pay the minimum down payment of 20 percent.

According to an article entitled "Saving to Buy a House: 4 Money Management Tips to Get You There", it is possible for home buyers to find lenders that offer lower down payment requirements. However, such lenders may charge higher interest rates.

Data from the Multiple Listing Service showed that a total of 4,060 single-family detached houses, townhouses and condos were sold in Greater Vancouver in March this year, a 53.7-percent increase from a year ago.

Also, the average price for detached houses in the region reached a record $1,406,426 in the same month, surpassing the previous record set in February.

Hamilton is the only Canadian city where home prices are expected to rise from 2015 to 2016, according to a TD analysis.

The housing market in the city has been hot over the past few years, often ahead of other parts of the country in terms of home sales and home price increases.

Hamilton saw its home prices go up six percent last year, and it has been experiencing a level of sales activity that is comparable to that of Toronto and Vancouver.

Why These Cities are Experiencing a Housing Boom

One of the main reasons why the housing markets in Toronto, Vancouver and Hamilton are doing well is because of the record-low interest rates.

Also, Toronto and Vancouver have been seeing a rapid increase in population over the last decade, which created a strong demand for housing.

Other factors that contributed to the housing boom in these cities include employment growth and foreign investment.

The Canadian housing market is poised for a significant decline this year, mainly because of plummeting oil prices.

While the abovementioned cities may continue to experience housing growth, it remains to be seen how long the boom will last.

About the Author: John McMalcolm is a freelance writer who writes on a wide range of subjects, from social media marketing to Cloud computing.