Will Women Take Over Business Leadership Roles in the Future? 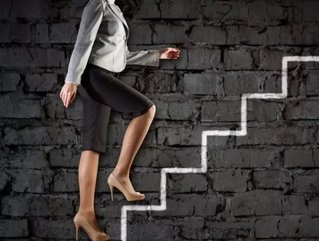 In popular culture, it’s no secret that often, if not always, women surpass men in important skills like leadership. At family gatherings, it’s still the women who orchestrate the centerpiece of the event—the meal—while often men sit back and shoot the breeze, shunning responsibility. This has changed, but only to an extent. Also, it’s no secret anymore that women are going to college in larger numbers than men, as well as earning post-graduate degrees, also with much more frequency. Nevertheless, in the workplace, in corporate culture, women’s visibility is still blocked by the disproportionate amount of male leadership.

Some sobering numbers include that in the Silicon Valley only 3 percent of women are starting tech firms. Of privately-held companies, only 6.5 percent have a female CEO and only 1.3 percent have a female founder. If one considers what is undisputed in popular culture and the education ratios between males and females, how is this possible?

Still, according to Zoe Barry, founder and CEO of digital health startup ZappRx, right now is still the best time for women entrepreneurs to embark on their careers, particularly in tech.

Next to the bad numbers concerning women in business, there are very bright ones.

“Women who are in tech are doing well and getting noticed. Recent data has shown that women-led technology companies are more capital-efficient, achieving 35 percent higher return on investment. Companies founded by women also represented a record 13 percent of venture capital deals through the first half of 2013, up from only 4 percent in 2004,” writes Barry.

While well-known female executives like Marissa Mayer, Sheryl Sandberg and Ginni Rometty are garnering public attention and enhancing the image of woman as high-level leader, Barry finds that women not in the limelight are also getting proper attention for the caliber of their leadership.

She quotes a 2011 study in the Harvard Business Review: “At every level, more women were rated by their peers, their bosses, their direct reports, and their other associates as better overall leaders than their male counterparts — and the higher the level, the wider that gap grows. Specifically, at all levels, women are rated higher in fully 12 of the 16 competencies that go into outstanding leadership. And two of the traits where women outscored men to the highest degree — taking initiative and driving for results — have long been thought of as particularly male strengths.”

These numbers speak for themselves.

The positive ratings that women are getting as leaders are translating into success for the businesses they lead. “Over the past 10 years, the growth in the number of women-owned firms with $10 million or more in revenues has increased by 56.6 percent, a rate 47 percent faster than the rate of growth of all $10 million-plus firms,” writes Barry.

Women have emerged as key leaders in healthcare, as they account for 73 percent of medical and health services managers.

The success that women-led startups and other businesses are having is attracting more venture capital. “During the height of the dot-com bubble, venture capital investments in women-led businesses lagged pathetically, receiving less than 6 percent of total funds invested in the U.S. between 1997 and 2000. But between 2000 and 2011, that number shot up to 41 percent,” Barry writes.

Finally, women are helping each other up the corporate ladder and in managing their own businesses.

“There are more women investors looking for women-led companies, or great companies to invest in and add women to their leadership teams or advisory boards because the numbers don’t lie — the odds of success with women calling the shots,” states Barry.

In spite of being on the corporate back burner for now, women have made serious progress and the numbers foretell that greater achievement is in store for them. If they are getting higher ratings as leaders, leading businesses better, attracting more venture capital and supporting each other, who is to say they will not completely dominate business in the future?