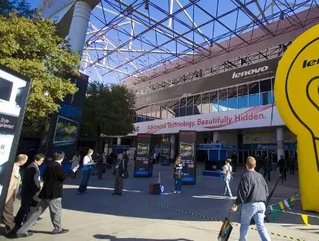 Consumers rarely associate technology and electronics with eco-friendliness, but Lenovo is fast making strides to change this perception. As the largest vendor of PCs in the world, Lenovo is also an international leader in the movement towards green technology.

In addition to making some of the most popular and best laptops available to consumers, Lenovo has also been vocal in its commitment to environmental leadership and responsibility. Regarding its industry-leading environmental policy, the company states:

Lenovo recognizes that climate change is a serious threat and believes that we should all do our part to reduce harmful greenhouse gas (GHG) emissions. Lenovo acknowledges and accepts the findings of current climate science which indicate a human contribution to climate change. We support the consensus conclusions of the scientific community described in the Fourth Assessment Report of the Intergovernmental Panel on Climate Change.1 The company accepts the call to action which arises from these conclusions.

In 2011, Lenovo earned the distinction of producing the first laptop computer to receive the highest available rating in the UL Environment’s Sustainable Product Certification (SPC). The computer responsible for the impeccable rating is the ThinkPad T 420, which has multiple components made from post-consumer recycled content (PCC) and exceeds Energy Star 5.0 requirements by an impressive 10 percent. Energy Star is a voluntary program run jointly by the U.S. Environmental Protection Agency and the U.S. Department of Energy and dedicated to helping consumers and businesses conserve energy and protect the environment through technological innovations.

Lenovo is focused on more than just producing the best laptops and new computers that are environmentally responsible. In 2008, the company became a member of The Climate Group and also introduced a program to help consumers dispose of used electronics in a green way. The Lenovo recycling program, a joint venture with ECO International, now provides free recycling for Lenovo and IBM products and covers the cost of shipping. Some consumers whose devices have retained some residual value could even be compensated with pre-paid VISA gift cards.

How is Lenovo working to create a greener electronics market? The Chinese company constantly strives to include increasing amounts of recycled components in its products, and deliver these products with smaller, 100% recycled packaging and EPA-certified low-carbon shipping methods. It also employs numerous corporate practices such as the use of renewable energy in company operations, the promotion of telecommuting and ride sharing, a robust in-house recycling program, and constant employee education about the latest environmental best practices.

While Lenovo has earned recent recognition for its environmental leadership, the company didn’t always have such a green record. In fact, in 2009 Greenpeace publicly criticized the company for its failure to follow through on its commitment to eliminate the use of PVC and brominated flame retardants (BFR) from its product line. The outrage of the environmental community was so strong that Greenpeace activists went to the company’s manufacturing plant in China to return what they termed “toxic laptops.” Though Lenovo was defensive in response to this very public criticism, claiming that it did meet international environmental regulations and that the Greenpeace ranking of their environmental record was inaccurate, the company took prompt steps improve its policies and quickly rose in Greenpeace’s environmental technology rankings over the next years.

Lenovo’s hard work paid off, and the company is now an industry leader in the production of environmentally-responsible technology products. According to UL Environment president Steve Wenc in an article published online by Environmental Leader, “Companies like Lenovo that choose third party certification to environmental standards are not only encouraging customer peace of mind, but they are raising the sustainability bar for their industry peers.”

The international demand for communication and computing is growing at an incredibly rapid rate, and power consumption and environmental sustainability need to be a top priority for the companies that are depended on for technology. Though the initial investment in green technology may be high for these companies, the long-term benefits to society are indisputable. With its responsible policies and clear and very public commitment to fighting climate change, Lenovo is helping to raise the standard when it comes to producing computers that environmentally-savvy consumers can be proud to invest in.

Author Bio: Jessica is a freelance journalist who loves to cover technology news and the ways that technology makes life easier. She also blogs at FreshlyTechy.com. Check her out on Twitter @TechyJessy.