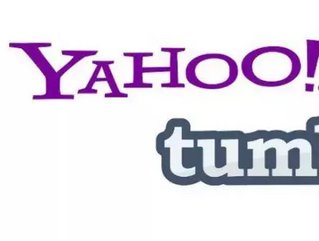 The May edition of the Business Review North America is now live!

Yahoo is acquiring Tumblr for $1.1 billion. Yahoo’s CEO Marissa Mayer is attempting to refresh the once prominent internet icon that has seemingly disappeared from the spotlight.

Mayer left Google 10 months ago to help pilot Yahoo’s comeback efforts. Yahoo purchased the search engine, Overture a decade ago for $1.3 billion in cash and stock so the purchase of Tumblr marks the most expensive acquisition since the purchase of Overture.

Tumblr was founded by David Karp, a high school drop out with a million dollar idea. The micro-blogging site attracts 300 million visitors per month and Yahoo has promised “not to screw it up” – Karp will remain in control of the service to help Tumblr keep the same “irreverence, wit and commitment to empower creators,” Says Yahoo.

Tumblr expects to be a pivotal piece in Mayer’s attempt to restore Yahoo to its former glory. Mayer ended a thriving 13-year career at Google, to tackle the challenge of re-energizing Yahoo’s share in the market. She is concentrating on improving employee morale,   redesigning services and bringing in more engineering talent through a succession of small acquisitions that have jointly cost less than $50 million.

Karp's cut from the Yahoo deal is about $275 million. The remainder of the money will be paid to the venture capitalists who invested roughly $125 million into Tumblr, including Spark Capital, Sequoia Capital, Greylock Partners, Union Square Ventures and Insight Venture Partners.