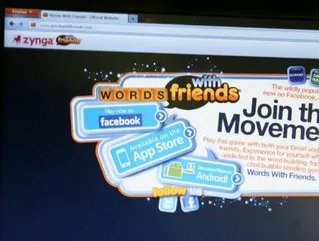 Additionally, Mattrick's compensation package includes an annual salary of $1 million and a bonus of about $1 million guaranteed this year. Zynga announced Mattrick will replace the Company’s co-founder Mark Pincus as CEO earlier last week, but failed to detail how much Mattrick would be paid.

Zynga is counting on 49-year-old Mattrick to reverse the loss that has caused the Company's stock price to plummet 66% from its initial public offering price of $10 in late 2011.

As Mattrick comes up with a strategy to turn the Company around, he will continue working with Pincus, a controlling stake holder in Zynga and will remain the San Francisco Company's chairman and chief product officer.

As with many CEOs, Mattrick's compensation could fluctuate depending on how the Company's stock does in the next few years.

Mattrick secured his place at Zynga in light of a Company wide layoff of over 500 employees. Zynga, the maker of the popular facebook favorites like "Farmville" and "words with friends" (AKA: Scrabble, you aren't fooling anyone) gave Mattrick 8.9 million shares of restricted stock initially valued at $25 million to compensate for some of the income he relinquished by leaving Microsoft. Those shares are already worth slightly more on paper, and will vest July 2016, according to Zynga's regulatory filing.