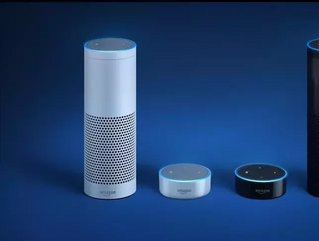 Amazon has announced a range of new Echo devices to be added to its product line-up during a press event at its Seattle headquarters.

The ecommerce leader showcased some of the new voice-controlled devices including the Echo Spot, specialising in video call, a second different unit tailored for gaming, and another for phone calls.

These were in addition to Amazon’s reveal of the Echo Plus, a multi-purpose home hub device that will be able to control a multitude of third party products without requiring a separate data linking device.

“There’s no apps. There’s no skills. It just works out of the box,” said David Limp, Amazon’s Senior Vice President.

The move is Amazon’s attempt to retain its significant monopoly in the smart-speaker device range, currently making up 75% of the US market, with as many as 15mn echo devices having been sold to date.

Google has a similar competing product, Google Home. However, this is significantly lagging behind Amazon at the moment in terms of popularity, and the release of Amazon’s new product range is likely only going to make it more difficult for the tech company to close the gap.