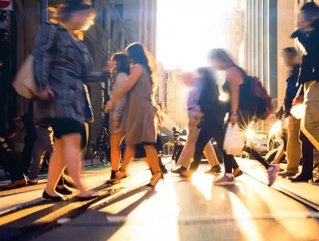 Amazon is keen to push its cashierless Amazon Go stores into the mainstream, and is considering launching 3000 by 2021 according to Bloomberg
Customers at Go stores are tracked as they shop, with products they select from shelves being added to a virtual basket and confirmed when they leave.
The charge is then automatically applied to their Amazon account.
Jeff Bezos reportedly sees an opportunity to dominate a new market space in convenience stores by focusing on speedy transactions.
Spencer Soper of Bloomberg Technology said that Amazon Go is the “most distinct” of its brick-and-mortar initiatives, and that the stores could compete with food convenience outlets to revolutionize the lunchtime rush.
By removing cashiers and the need for physical payment, Amazon could focus on prepared foods and capitalize on time-conscious customers’ desire to buy their lunch or quick bite as quickly as possible.
See more:
Soper said that Amazon’s challenge is to figure out a way to expand this idea whilst mitigating the expense, as “the cost of this technology is extremely expensive right now”.
Amazon may not go down this particular route, however, and could opt to compete more directly with convenience outlets such as 7-Eleven, offering groceries alongside prepared foods.
The ecommerce behemoth recently opened a second Amazon Go store in Seattle, albeit a smaller one than the flagship.
The Seattle Times noted at the time that the second store did not have the liquor section, full in-house kitchen, or grocery staples, suggesting a desire to streamline the idea of cashierless stores into a more focused initiative.
AmazonRetailEcommercego
Share
Share