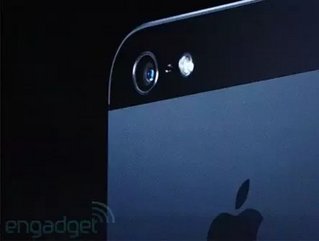 In a global press conference this morning, Apple introduced its latest product to the mobile phone market, the iPhone 5.

"Today, we're taking it to the next level, making a huge leap. We have some very exciting news to tell you about iPhone,” said Tim Cook. "We're here to talk about the iPhone. We launched the first iPhone in 2007, and what an incredible breakthrough it was for the entire industry. Each and every year we introduce new versions with new features. Each time setting the gold standard."

Showcasing the new iPhone 5 and its upgrades, immediate differences noted that it is made entirely of glass and aluminum offering the thinnest and lightest iPhone yet.

"It is an absolute jewel. It is the most beautiful product we have ever made, bar none," said Cook.

The new Apple iPhone 5 is 20 percent lighter than the iPhone 4S weighing just 112 grams and is 18 percent thinner at 7.6mm.

"I don't think it's an exaggeration to say that the hardware and software engineering that has gone into this product is unlike anything we've ever undertaken before,” said Phil Schiller.

Utilizing a 326ppi Retina display, the iPhone 5 features a four inch screen with 1136 x 640 resolution. The new size offers better viewing space with more seen than ever before, specifically five rows of icons on the home screen.

"We couldn't be prouder of it,” said Schiller.

The iPhone 5 also features “Ultrafast Wireless” which includes a connection to 4G LTE which will be available in the US through Sprint, AT&T and Verizon Featuring an 802.11a/b/g/n the iPhone 5 is dual-channel offering up to 150Mbps.

"We've updated every aspect of iPhone 5. Everything has been enhanced,” said Schiller.

"If you know anything about camera design the biggest challenge is vertical height."

Named iSight, the new camera features 8 megapixels with a 5 element lens and f/2.4 aperture. Evaluating nearby pixels to give up to two f-stops, the camera offers a dynamic low light mode for greater low light performance. The front facing camera  was upgraded as well, reaching 720p.

"While the camera is amazing for taking pictures, it's also a lot better for video as well."