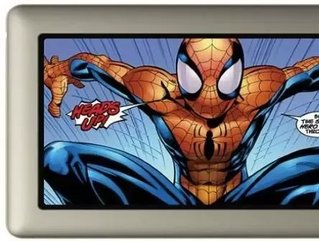 Amazon might have been thinking it could coast into the holiday season with the market’s top tablet, but Barnes and Noble has stepped up to challenge Amazon’s Kindle Fire with its new Nook Tablet.

Much like other tablet computers, the 7-inch Nook Tablet features a touchscreen and access to a slew of Android apps through a customized Android OS, but it is slightly smaller (and less functional) than Apple’s iPad and costs about half as much.

With a retail price tag of $249, the Nook Tablet will cost $50 more than the Kindle Fire, but what exactly does that $50 difference get you?

The Nook Tablet’s specs crush its competition. It offers up to 11.5 hours of battery life and comes with a built-in microphone, MicroSD card slot, 16 gigabytes of built-in storage and 1 gigabyte of RAM so it is expected to process graphics faster and more smoothly and provide double the storage space for movies, music and books. Netflix, Hulu Plus and Pandora come preloaded on the Nook Tablet and unique bonding technology eliminates the gap between the glass and display to minimize glare.

“Judge for yourself, but we think content will look and render better on the Nook than on Kindle Fire,” Barnes and Noble CEO William Lynch said at the unveiling.

Although the Kindle Fire has a built-in storefront for buying movies and music and the Nook Tablet does not, Lynch says that Barnes and Noble is more focused on selling reading material.

“The Kindle Fire is a vending machine for Amazon services, they’ve said it themselves,” Lynch said. “In one word, we’re more open.”

One major advantage the Nook Tablet has over Amazon’s Kindle Fire is the accessibility of its brand. Nook Tablet owners will be able to access free wifi and free lifetime device support inside of most of Barnes and Nobles’ 705 North American stores. Amazon’s all-online business model can’t match that offering.

The Nook Tablet is available for pre-order now on the Barnes and Noble website and will ship by November 18.