Bombardier lands $3.8B Air Canada deal – but downsizing is still in the cards 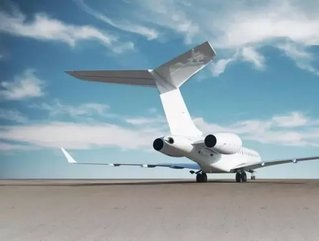 Bombardier has good news and bad news. The good news first: Air Canada has signed on with an official Letter of Intent (LOI) to acquire up to 75 Bombardier CS300 aircraft as part of its fleet renewal program. This includes 45 firm orders to be delivered starting in 2019, with the option for an additional 30 of either CS300 or CS100 aircraft in the following years.

According to Air Canada, these new planes will be replacing the current fleet of Embraer E190 aircraft to create one of the youngest and most fuel efficient—and, in turn, most cost efficient—fleets on the market.

“With its high fuel efficiency performance and greater seating capacity, the next generation technology of the C Series is very well suited for our current and future network strategy and will be an extremely efficient addition to our fleet,” said Calin Rovinescu, President and CEO of Air Canada. “The renewal of our North American narrowbody fleet with more capable and efficient aircraft is a key element of our ongoing cost transformation program - plus the enhanced passenger cabin comfort provided by the CS300 will help us to retain Air Canada's competitive position as the only Four-Star international network carrier in North America.”

"Our recent focus has been to add a large North American international network carrier to complement our orders in both Europe and Asia, and with Air Canada we are achieving our goal of creating a strong global footprint for the C Series aircraft," added Bombardier President and CEO Alain Bellemare in Bombardier’s own release. “We are bolstered and energized by Air Canada’s confidence in the C Series aircraft program and very assured that the carrier’s commitment –  which is one of the largest to date for this aircraft –  will be the catalyst for future orders in North America and around the world.”

Now, the bad news: while Air Canada’s C Series order is a great advancement for Bombardier, the company is finding that it must reorganize in light of struggles over the last fiscal year. In its FY 2015 financial report released this week, Bombardier announced that it will “optimize its workforce with a combination of a manpower reduction and strategic hiring throughout 2016 and 2017.”

This optimization involves a significant reduction of Bombardier’s global workforce by 7,000 production and non-production employees, including 2,000 contracting positions. Meanwhile the company plans to make strategic hires to bolster certain growing sectors including its C Series project.

“Throughout 2016 and 2017, we will adapt our global manpower to current market conditions, while hiring to support growing segments, such as the C Series,” said Bellemare. “These adjustments are always difficult. They are important to ensure that, with our 64,000 employees worldwide, we continue to create superior value for our customers, be more competitive, and deliver improved financial performance.”