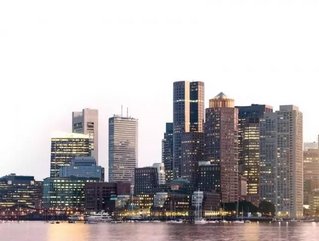 Playing host to Harvard, MIT, and over 70 technology, life sciences, and business schools, Boston, MA, has access to as much raw intellectual potential as anywhere on the planet according to bostontechguide.com.

The Greater Boston Area is the birthplace of worldwide tech and e-commerce giants, such as Wayfair, Akamai, and TripAdvisor, all of which predicted revenues in excess of $1.5bn in 2016. Additionally, tech giants Uber, Facebook, and Spotify, to name but a few, all have a major presence in the city.

Boston’s tech industry has actually struggled in the past five years, with many companies relocating assets to the booming San Francisco Bay Area and Silicon Valley. The industry reached a five-year low at the beginning of 2013, with a gross venture capital investment of $3.4bn. However, recent disruptive developments in the life sciences and tech sectors have seen venture capital investments rise to a high of $4.7bn, according to Forbes.

While the largest growth sector in the past two years has been life sciences, technology-based ventures have also seen steady expansion. This is primarily due to an increased emphasis on Intelligent Systems (IS), from data-processing and cloud storage to robotics. Todd Hixon of Forbes claims that Boston’s startup ecosystem is uniquely qualified to profit from an investment resurgence centered around IS, citing the foundation of the MIT Artificial Intelligence Lab in 1959 as the genesis of the city’s long relationship with cutting edge IS R&D.

The result is a computational AI, bearing similarities to the in-house software used by Google, Facebook, and other tech giants to sort data and customize user experience. Nara Logics is, in many ways, similar to other tech startups since acquired by tech giants. Where the company sets itself apart is in Wilson’s stated intent for Nara. “We’re building a pipeline, and taking insights out of the lab to intelligent, applied use cases… Nara is an AI for the people.” Nara Logics’ customer-facing model currently takes the form of Nara.me, a recommendation-generator engine for movies, restaurants and hotels. The algorithm inputs positive-negative reactions to films, cuisines, etc. and hones its recommendations accordingly. It can also create recommendations based on particular short-term preferences, adapt to location changes, and combine its suggestions (eg. Chinese food and action movies).

Nara maintains, however, that its focus is on developing more accurate information sorting in its systems, rather than growing a brand and customer base. The company’s intention is to grow its portfolio as a third-party contractor to extant companies, revealing this year that it has begun working with a major international banking house, “managing the institution’s reward points and recognizing customers’ preferences; assessing loan approvals based on detailed financial history; and analyzing user transactions for the bank in real-time to detect fraud”, according to Wired magazine. Additionally, Nara Logics has reportedly begun working with a major healthcare company and a major airline, examining past customer data in order to improve future experiences.

Nara’s AI specializes in establishing relationships between large numbers of entities (restaurants, movies, abstract concepts) and assembling them into a knowledge graph that can establish links between these. With small amounts of inputted user information, the pre-existing synaptic connections can more easily identify and build upon preferences. This sort of programming should, posits Richard Socher, CTO at MetaMind, allow for more accurate recommendations than previous methods.

“Using the Nara platform, companies can leverage relevant data across multiple lines of business, with the goal of making the customer experience simpler, cleaner and more personal," says David Herrick, who has held senior executive positions at American Express and Barclaycard, told MarketWired.

The ability to create specific, contextualized output from vast amounts of raw data is becoming an increasingly valuable ability. Cisco predicts that global internet traffic will increase nearly three-fold in the next five years, with total traffic in 2021 estimated to reach 3.3 zettabytes per year. Such drastic growth in the amount of readily available data suggests comparable growth in multi-market data-parsing services, with room for specialization beyond the in-house AI projects under development by tech giants.

Nara Logics, with direct access to an increasingly vibrant tech-based startup scene, could be poised to take advantage of this growth market. Providing practical decisions for businesses in the entertainment, financial, healthcare, travel, defense, and manufacturing industries, by creating recommendations based on raw mined data is predicted to be growth industry. Nara Logics obtained $13mn in startup funding and is estimated to be drawing an increasing annual revenue of $2mn.