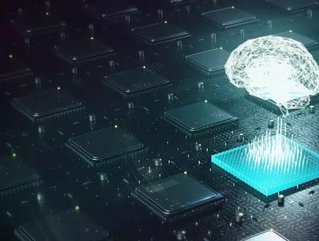 The Canadian government announced today its plan to invest US$4.7mn in six Montreal-based Artificial Intelligence (AI) startup, the Montreal Gazette reports. Of the total sum, $3.7mn will go to startup accelerator Element AI, “the artificial intelligence company co-founded by Yoshua Bengio, a Université de Montréal professor and one of the pioneers of the AI technology known as deep learning.”

In an interview with Forbes magazine earlier this week, Bengio said: Canada clearly is a scientific leader in AI. Of course, Geoff [Hinton, another 'father of AI' that now works at Google] and I being here, and thanks to the CIFAR programme, which was started in Canada, that has initiated a lot of that progress.

We’re starting now in Canada to build the economic development around AI in several cities: Montreal, Toronto, Edmonton, Vancouver, Waterloo.  There’s quite a lot of energy there. But of course, the size of Canada is nothing like the US or China. Even the Europeans are starting to invest heavily in AI. So, we'll see how a small country can continue to have the kind of leadership role we have scientifically but also in the industrial world.

I think it's really important for Canada to be part of that leadership and in part, because we bring not just the science but also humanist values that I think are really important because AI is going to change society and we want it to change for good.”

The remainder of the federal funding will be distributed among Imagia, which develops medical diagnoses AI and will receive $1,000,000, and the rest will be split between Roof.ai, C2RO Cloud Robotics, ARA Robotics and Keatext.

Innovation Minister Navdeep Bains said in a press release: “Advancements in AI technology will create new sources of economic growth, some have estimated $15.7 trillion by 2030 associated with artificial intelligence in economic activity, we want a slice of that pie.”