GM: Renewable energy is affecting everything we do 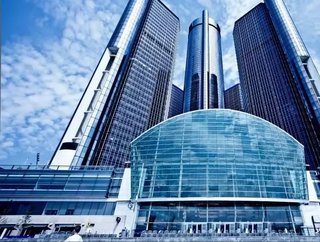 For a company like General Motors (GM), sustainability is now a vital cog in its global operations. With businesses now working towards objectives set out in the Paris Agreement on Climate Action, there is now not just an incentive, but an imperative to work towards the goals delineated in the strategy, which aims for a global low-carbon economy by 2050.

Companies have been aware of the need to take a more ecological outlook for a number of years now, well before the agreement was submitted to the UN. A byproduct of this has been an exponential increase in the pace of innovation we’ve seen in the renewables space across all industries. It’s particularly true for GM, which has signed up to the RE100 agreement, outlining how the world’s most influential companies are committed to 100% renewable power.

That pace of innovation is something that is only set to continue, says Rob Threlkeld, Global Manager of Renewables at GM. He believes it will only get quicker as time goes on. “You've definitely seen it rapidly increase in the last five years,” he says, “especially with smart meters and other applications that allow you to choose when you use certain types of electricity – whether it's green or not – and what the costs actually are.

“It's also in the transportation sector. Five years ago, there was not a lot of talk around autonomous vehicles. Electrification was starting to just start to come around. We only had the (Chevrolet) Volt at that time. We've now got the Volt and the (Chevrolet) Bolt. But you can see this massive switch to where autonomous vehicles are definitely part of a future with zero crashes, zero emissions, and zero congestion components. You've seen this technology revolution in both the utility and transportation sectors. You're going to see more change in those sectors in the next five years than we've seen in the last 50-100 years.”

Despite these disruptive changes in mentality and attitude, there are still plenty of concerns around where these efforts are ultimately headed. In the US, which remains GM’s primary base of operations, a recent report from the Wind Energy Foundation identified a serious gap between corporate America's near-term demand for renewable energy and the electricity grid's ability to meet that demand. Threlkeld says the issues cited in the report are simply part of the natural progression of change.

“I think it's just part of the evolution of the process,” he says. “Going back five years, as we looked at how corporations such as GM could scale up the use of renewables, it was more around what the companies really need to do in this space to engage with each other. The next logical step was: how do we gauge the utilities, which are really the natural potential owners of the renewable energy assets? That's where we started to take off as we looked at green tariffs in the US and what utilities were starting to offer.

“The last component in this natural progression is the issue of moving this low-cost electricity. From a company standpoint, we're always looking for the most economic source of generation that we can procure and sometimes getting it to our facilities can be a challenge. How do we now engage relevant stakeholders – the regional transmission operators or the independent system operators in this process – as technology drives the future both in utilities and transport? It has to be in a way that ultimately benefits all the customers. We don't want to do unnecessary upgrades should technology supersede our work.”

Electric cars and the future of transportation

While GM has grown to much more than just an automotive enterprise, it makes sense to scrutinize the sustainability of the company’s vehicular operations. The technological transformation of cars into electric vehicles, autonomous vehicles and fuel cells has completely changed the way the organization now looks at its automotive strategy.

“Where we used to be more worried about the price of a litre of gasoline, it's now focused on the cost of electricity, and when the consumer actually utilises that electricity,” says Threlkeld.

“You can see transformation with a lot of our efforts in energy efficiency and renewables in support of our manufacturing side of the operation that now impacts the product side. From a competitive standpoint, they're really linked together in a way they weren’t before, even a few years ago.

“Last October, we announced 20 new electric vehicles between now and 2023 as we march towards that all-electric future. The ‘zero emissions’ component is an important part of our product messaging and sets a competitive opportunity for us to look at how we viewed manufacturing in the past during our previous sustainability efforts. We’ve always focused the company in that direction. We've now got it both on the manufacturing and the product side when you look at the mobility component associated with the future of transportation.”

Effective stratification and a sustainable future

GM’s four pillar sustainability strategy is fairly straightforward in terms of the goals it sets out and its implementation, but every decision the company makes is thoroughly considered and well thought out. Threlkeld says it is therefore important to stay on top of what’s happening with regards sustainability and renewables more widely. “I think it's very important to strategize,” he affirms. “As a person who has always been educated by what's going on in the industry, I like to read a lot of different articles on what the industry is doing. I need to feel the pulse of some of these technological changes and how they have an impact on the broader efforts in electrification, whether it's transportation or renewables. It's really about gaining that knowledge and then being able to strategize around all the changes taking place.

Another change that Threlkeld has seen is a move away from simply considering the environmental, operational and potential PR consequences of any decisions regarding renewables, to a situation now where sustainability efforts are as much motivated by financial considerations as the other factors. “In every project we do, we look at it from the financial perspective and obviously pull all the additional intangible benefits, environmental attributes, the right things for the company to do in our efforts towards sustainability. Everything we're looking at is purely driven by the financials now.”

The renewables space, like any other, has its daily ups and downs as demand increases and decreases, despite the generally increasing need for it, and it works similarly on a month-to-month or year-to-year trend. Threlkeld feels that the process of learning when the peaks and troughs happen is an important component of integrating the proper generation sources at the lowest cost possible. He is also aware that, when it comes to technology, it’s an ever-changing landscape, and is in no doubt as to where the next disruption may be coming from.

“I think battery storage is definitely going to be a disruptor in this space, as well as blockchain and artificial intelligence,” asserts Threlkeld. “How do you leverage all the technology and what is going on in the systems, whether it's the grid or an individual solar array or your home? How do those all integrate together to move the system in a much smarter way so it could deploy generation assets when needed as well as reducing generation assets when not needed, such as charging electric vehicles when the grid is actually requesting you to do so. With those questions in mind, I think artificial intelligence, blockchain, and those efforts are going to be key for us going forward to really leverage this technological transformation.”