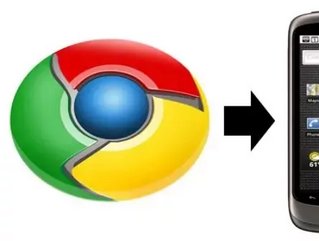 Remember the awful, sluggish, confined days when Netscape and Internet Explorer were our only options for web browsing? The future has brought us many brilliant inventions—deep fried Twinkies, Snuggies—but none may be more immediately gratifying than the turbo speed, and clean browsing experience of Google Chrome. Finally, after thousands of years of cultural evolution, Google has finally released their much esteemed smartphone Chrome browser on Tuesday.

While the browser is still in its beta version mode, and restricted to the Android platform (big surprise) it is thrilling for those Android-boasting webophiles who are so lovingly attached to the streamlined, effortless design of Google Chrome’s sleek interface. But what about those other people? Those sad peons stuck with a non-Android smartphone, are they not worthy of such a pleasurable browsing experience, or at least the option of choosing which application to use?

Facebook, Google Named Among Top Companies to Work For

Fear not oh-afraid-ones, Google hopes to soon launch their cherished browser across all smartphone platforms. This move will defy all current trends in the smartphone industry, as major industry companies like Apple, have made fortunes off of monopolizing user apps, and walling-off any potential competition.

A spokesperson for Google claimed that it is good-ol-fashion innovation that is spurring the company’s generosity, claiming, ““We’re really excited about the potential to push the boundaries of what is possible on the mobile web.”

The spokesperson went on to say, “Since the initial launch of Chrome [in 2008], we’ve been focused on spurring innovation on the web and creating a more modern browser. The natural evolution is to bring this experience to the mobile web.”

Wow, the integrity of Google against the tight-fisted miserly nature of Apple seems like a low-ball PR move. That sort of outlandish competitive equality may have been charming when the company was an underdog, but the impressive success of their Android phones--which continuously threaten to push Apple off its ivory cased tower-has made Google a verifiable Mobile Kingdom Emperor to be reckoned with.

Apple better step-up their congeniality game, Google is not only offering users everything they want and more, they are remaining tactful while doing so.