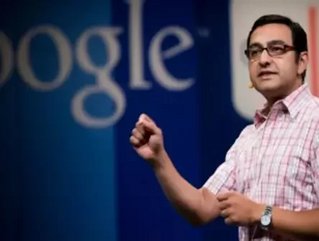 With around 40 million users, Google+ is still definitely living in the shadow of Facebook, but Google insists that its social networking project will soon become a much more well-rounded offering.

At the All Things Digital AsiaD conference Thursday, Google+ Product Manager Bradley Horowitz told attendees that although the network has experienced strong early growth, Google has quite a bit of work to do in order to elevate Google+ to its full potential.

Anybody with both Google+ and Facebook accounts is already aware that the former network seems barren in contrast with the latter, but Google assures that more users are on the way.

“We’re in an enviable position where people come to Google,” said Vic Gundotra, Google Senior Vice President in charge of Google+ at the Web 2.0 conference in San Francisco Wednesday. “Over time your network will show up.”

The plan is to spark activity amongst users of existing Google services like search, Maps and Android while highlighting the allure of Google+'s lack of automatic sharing apps. So don't expect Spotify for Google+ to be coming to your computer any time soon.

"There's a reason why every thought in your head does not come out of your mouth," Gundotra said. "We think a core attribute to be human is to curate, in how others perceive you and what you say."

Although Google believes that less is more when it comes to our daily activities and thoughts, it still wants to allow Google+ users to share links and videos more seamlessly. Gundotra said additional Google products will be integrated with Google+ by the end of the year, allowing users to share YouTube videos directly from YouTube. Google Apps and Google+ will be integrated within the next few days.

“When we’re done, Google is going to come across as a beautifully integrated set of services,” Gundotra said.

Eventually, Google+ will allow people to use pseudonyms and custom profile addresses and develop brand pages.

“It’s still incredibly early days for Google+ because our goal is actually far bigger than the individual feature launches themselves,” Google CEO Larry Page said during an earnings call earlier this week. “Our ultimate ambition is to transform the overall Google experience, making it beautifully simple, almost automagical, because we understand what you want and can deliver it instantly.”