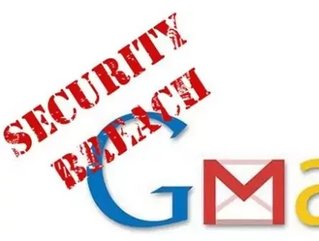 While individuals and businesses have been using Google’s Gmail system for years, it looks as if the email system has been compromised. Reports coming from China say there’s been a breach in Gmail accounts, including those of senior U.S. government officials.

Media sources are assuming that these individuals were targeted for the sensitive Google docs or messages within their inboxes with the hope of gaining protected information. The article also says:

“But, it would be more accurate to say that Google accounts are being targeted or compromised--not just Gmail. Depending on the extent the hacked account relies on Google, there is potentially much more at stake than just the documents that might be forwarded as a file attachment from Gmail. There is no differentiation between hacking a Gmail account, and hacking the rest of the diverse array of Google services.”

Once a hacker has access to a Gmail username and password, it’s free rein with access to Google calendars to find out information on important meetings, times, locations, and who’s attending. Think of all of the private Google Docs you have within your account and then think about the sorts of information that government officials may have. The possibilities and security breaches are endless. Or, think of Google Maps synced up to your Gmail account. Hackers could find out where you live or your frequently visited locations. While a Google Gmail attack has started with a breach on emails, who knows how much information has already been gathered.