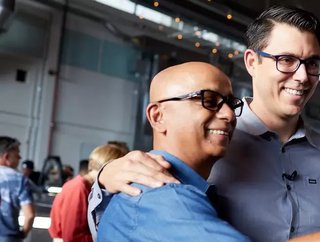 As electric vehicle (EV) maker Rivian edges closer to an IPO, and is set to unveil its first electric pickup, we profile its founder RJ Scaringe

The world’s most hotly anticipated electric vehicle (EV) startup Rivian Automotive is finally to have its moment.

Not only does the startup have a multi-billion-dollar deal with Amazon to build delivery vans, but it’s about to unveil its first electric pickup truck (the first real electric pickup on the market) and is set to go public with a target valuation of more than US$53bn.

So far, so fast. Well, not exactly, it’s taken 12 years to get here and has been a rocky road. In the driving seat is Rivian’s CEO and founder, RJ Scaringe, 36, who since childhood – when he helped a neighbour rebuild Porsche 356s in his garage in Melbourne, Florida – has wanted to become a carmaker. And it’s this passion that has seen him through.

Little surprise therefore that Scaringe is seen as the potential rival to Tesla’s leader Elon Musk and that Rivian is dubbed the ‘Tesla of trucks’.

Like Musk, Scaringe has a lifelong passion for cars, and also for adventure (he’s an outdoor adventure enthusiast with an obsession for mountain biking and a love of “anything that moves”). Also, like Musk, he likes to reveal Rivian news in unconventional ways. Not through official company announcements, but via his own personal social media. Like Musk, he lives and breathes his job.

So, how did this adventure-loving, car enthusiast get to this point? And what drives him?

How did RJ Scaringe get there?

The son of an engineer, growing up on Florida’s Space Coast, Scaringe has been obsessed with cars since childhood. By high school, he’d set his sights on building his own brand of cars.

After securing a master’s and then doctorate in mechanical engineering at MIT’s prestigious Sloan Automotive Lab, where he learnt all there is to know about car manufacturing, Scaringe walked out of MIT and set up shop.

Starting his company in 2009, with less than 20 designers and engineers, it took a while for Scaringe to get the electric carmaker off the ground. Twelve years, in fact.

Scaringe started out with dreams of making a sports car, one that would fuse high performance and fuel efficiency with a low price. But it didn’t work out. So, he pivoted, setting his sights instead on an expensive supercar (higher performance, higher price) and when that failed, pivoted once more to an efficient but rugged pickup truck.

And as the cars changed, so did the brand name, from Mainstream Motors to Averra to Rivian, and so did the cash levels with Scaringe and his father having to re-mortgage their homes to keep things going.

Lucky for Scaringe, Rivian’s EV innovation and use of technology to create advances in what was a somewhat immobile industry saved it, catching the attention of investors. And Scaringe capitalised on this, investing in his relationships with investors and shareholders to bring financial investment back to Rivian’s doors. Among investors were Ford Motors and Amazon, the latter now owning a 20% stake in Rivian. With investment healthy, it was the pickup truck – though a more opulent version – and the brand name, Rivian (inspired by the Indian River in Florida which Scaringe frequented in a rowboat as a teenager) that would finally accelerate Scaringe to success. And to make it stand out in the crowded plush pickup crowd, it would be electric.

Scaringe made his vehicle debut in 2018 – nine years after starting out – at the LA Auto Show with two Rivian prototypes, an SUV and a pickup. The buzz was big and the orders rolled in, nearly 50,000 of them as of September 2021, and Rivian’s first-ever electric and semi-autonomous pickup truck, the R1T, was launched in September 2021, beating rivals Tesla, GM and Ford.

And if that isn’t enough success, the startup is also set to roll out 100,000 electric delivery vans for Amazon.

But that’s not all, having raised more than US$3.1bn to date, the now 1,000 employee-strong firm is about to go public and is targeting a valuation of more than US$53bn, which, if it happens, would make it nearly as valuable as Honda Motor Company. It’s also looking to raise up to US$8.4bn, and if successful would make it the third-largest IPO in the last 10 years in the US.