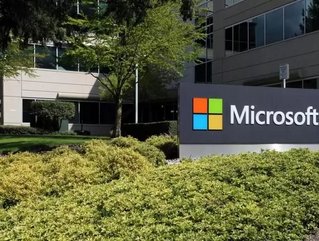 Microsoft has entered a joint venture with Australian software company LiveTiles which will see the two tech businesses deploy artificial intelligence (AI) solutions to some of the US’s biggest companies.

Named LiveTiles Bots, the software enables users to build their own AI programs. Microsoft has confirmed it is already in discussions with several Fortune 500 companies with a view to testing and rolling the system out.

On the announcement of the news, shares in LiveTiles rocketed by more than 40% to just over $0.32 a share.

In a statement, LiveTiles said: “Microsoft's AI and Analytics group will promote LiveTiles Bots as a solution that demystifies AI technology and can be quickly deployed within its Azure platform to mid and large-sized organizations in the United States.”

LiveTiles will also engage in a promotional campaign across the country by holding a number of joint workshops with Microsoft to demonstrate its AI technology.

Though Australia-founded, the company is headquartered in New York and already boasts a customer portfolio that features PespiCo, thyssenkrupp and CNN.

Microsoft has also signed a partnership deal with Spanish oil major Repsol, which will see cloud technology installed to advance the energy firm’s digitisation strategy. As well as embedding solutions such as Office 365, Repsol will also have access to Microsoft’s R&D expertise.