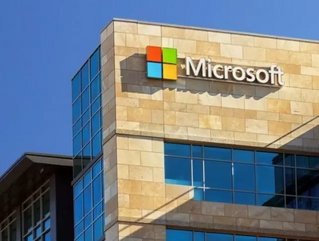 Microsoft is planning to slash 18,000 jobs, which equates to 14 percent of its workforce, the company wrote in a memo to its employees on Thursday. The tech giant is also planning to dramatically reduce the size of its newly acquired Nokia phone business to focus instead on the cloud-computing and mobile-friendly side of the company.

The larger-than-expected cuts are the biggest in the company’s 39-year history and come just five months into the tenure of CEO Satya Nadella. In the company wide memo, he cited plans for a leaner business moving into the future.

“We will simplify the way we work to drive greater accountability, become more agile and move faster,” Nadella wrote. “We plan to have fewer layers of management, both top down and sideways, to accelerate the flow of information and decision making.”

However, Nadella is playing his cards pretty close to his chest in terms of identifying where the cuts will be made. He did highlight reductions to the Nokia business, but other than that said plans would be solidified when the Q2 earnings report is released on July 22.

News of the cuts were welcomed by Wall Street, which according to Reuters, viewed Microsoft as swollen under previous CEO Steve Ballmer’s leadership. After acquiring Nokia earlier in 2014, the size of the company reached 127,000.

It is understood that 12,500 of the layoffs will come from eliminating overlaps with the Nokia unit, which Microsoft acquired in April for $7.2 billion. The acquisition added 25,000 people to Microsoft’s payroll.

The new CEO's moves are designed to help Microsoft shift from being a primarily software-focused company to one that sells online services, apps and devices it hopes will make people and businesses more productive. Nadella needs to make Microsoft a stronger competitor to Google and Apple Inc., which have dominated the new era of mobile-centric computing thus far.

Marking this change of emphasis, Nadella last week rebranded Microsoft as “the productivity and platform company for the mobile-first and cloud-first world.”