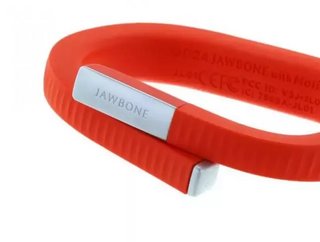 Originating in the early 2000s, fitness trackers have now become a hot product for individuals who are mindful of their health and wellbeing. TomTom has recently launched three new fitness trackers to its line of best-selling products, further expanding the market. We take a look at seven popular fitness trackers which are influencing the development of future wearable technology and continue to dominate the market.

With a battery life of 10 days, Up2 by Jawbone takes just 60 mins to recharge, making it ideal for individuals on the move.

Recording both daily activities and periods of unrest through sleep tracking, Up2 notes down daily behaviours. It is ideal for individuals not only want to record their workouts, but also keeps track of their dietary habits, linking with the UP App and Smart Coach which support and encourage healthier options and an improved lifestyle.

It also inspires users to connect with others through the Up App with the use of the Duel function, where competitors battle to become victorious with the most steps taken. The app is also available without the tracker and can be downloaded through most mobile devices, alongside the Smartcoach app.

Whilst the majority of fitness trackers have to be regularly charged, the Misfit Shine 2 tracker functions through the use of a replaceable coin cell battery which lasts up to six months.

Water resistant up to 50 metres, the tracker has touch sensor, with 12 brightly coloured LED’s to highlight any impending calls, notifications and progress made.

The Misfit Shine 2 is useful for individuals who wish to set particular goals whilst connecting with friends, recording the number of steps taken, calories burned and distance covered throughout the day. Users are advised to download the app with the tracker, which work in tandem to provide optimum results.

With five intensity levels, the Polar Loop 2 Activity Tracker supports users on reaching their targets through the Activity Goal, storing all daily activity and all plans users wish to follow.

The tracker also features a running programme, so is popular for runners who wish to train for marathons.

The tracker is also water resistant up to 200 metres, so users can be safe to wear it whilst swimming.

One of the most popular fitness trackers under the Fitbit umbrella, Fitbit Alta’s slim design will appeal to consumers who wish to be discreet, yet keep a record of their daily steps and activities.

Incorporating a range of features in order to track the number of steps taken, calories burned and distance travelled, the 15mm tracker will record all fitness workouts, with a battery life of 5 days.

The tracker will also allow you to view all notifications through connecting wirelessly with all phone and computer applications, alongside an alarm clock and sleep system which allow users to view any periods of unrest within their daily routine.

Enabling the user to view all texts and calls through Bluetooth, the Fitbit Alta can be customised, with different bands and settings, all of which make it a best seller in the market. It is also water resistant, so is sweat and rain proof, but should be dried shortly after, and is not suitable for water sport activities.

Launched shortly after Samsung’s introduction of their original fitness tracker, the Samsung Gear Fit2 has impressed critics with its new features and sleek design.

Featuring GPS, fitness tracking and a water resistant technologies, the tracker records your daily workouts by automatically detecting any potential activity, with an array of different modes to choose from.

Users can listen to their music whilst on the move and receive notifications, whilst connecting with friends through the S Health app, allowing users to challenge each other whilst maintaining their health.

GPS is incorporated, allowing users to plan potential routes which are all recorded through SmartTrack technology.

The fitness tracker also includes notifications of any calls, texts or upcoming events, with the use of music control linking with your phone via an app.

Aimed at sports fanatics, Garmin’s Vivoactive tracker incorporates all traditional features, but has a battery life of three weeks, with 10 hours in GPS mode.

Pairing with smartphones, the Vivoactive is suitable for swimmers with 50 metres water resistance, alongside an inbuilt color screen and apps for cycling, golfing, swimming and running in order to track user progress.

The Vivoactive is also highly personalized, with free downloads with the Connect IQ Platform which allows users to trace their progress and add further information in order to improve their performance.