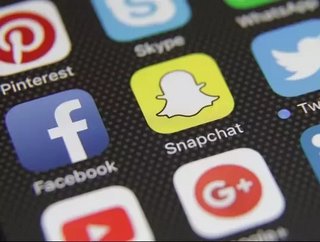 Currently one of the hottest technological IPO opportunities, Snap Inc has had a successful first day at the NY stock exchange, with shares rising to 44 percent. The move has made founders Evan Spiegel and Bobby Murphy billionaires worth over $5 billion each. Although not as significant as Bill Gates, Mark Zuckerberg and Jeff Bezos current success, the outcome is similar to other technological founders who have made billions as a result of a rising digital sphere.

However; despite this, Snap Inc's IPO John Colley, Professor of Practice in the Strategy & International Business group and former MD of a FTSE 100 company has said: "The top end valuation reflects high liquidity rather than a great prospect. There is far more cash than opportunities, which means pursuit of long odds risky options such as Snapchat.

Interest rates are such that deposits are actually destroying value. Snapchat is suffering slowing growth, makes substantial losses, and is now competing against established competitors in Facebook and Google. Between them they have almost half the digital advertising market and increasing.”

"Network effects mean they are difficult to dislodge from their strong positions. Will Snap Inc be the next Facebook or Google? Or go the way of LinkedIn, Twitter and Yahoo? All forced to put themselves up for sale having failed to turn users into money.

"Timing is all with IPOs and Snap Inc looks to have got it right.  Leaving it longer could see further slowing in user growth. Markets and valuations are at all-time highs. Could there be a better time for Snap or, indeed, a worse time for investors?

Investors cannot even be certain what they are really investing in as they do not get voting rights. In effect Snap's CEO Evan Spiegel and CTO Bobby Murphy have considerable freedom in how to run the business and spend the money - not much corporate governance there."

Snap Inc is now valued at over $30 billion, impressive given the company was only established in 2011, but has taken advantage of the rise in social networking and digitsation, appealing to millennials and corporate investors. However, building on its reputation for disappearing images, Spiegel aims to transform the company’s existing camera features and become famed for its world-class services, believing it is the way in which consumers will communicate in the ongoing future, surpassing traditional messaging services.

To this end, Snap’s creation of sunglasses echoes the efforts of Google, who are creating new embedded software within similar hardware products.