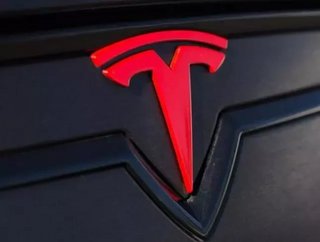 Tesla’s Nevada factory will have much higher production than intended.

Tesla is building an enormous ‘gigafactory’ just outside Sparks, which when completed will stretch across around 10 million square feet.

The company has built 1.9 million feet of it thus far, and is hurrying to complete the project in time for the launch of the Model 3 sedan, costing $35,000. There have already been 400,000 pre-orders.

The facility will be able to produce enough batteries to support 1.5 million cars, which is thrice the number of cars CEO Elon Musk had intended the factory to support.

The Model 3 could create $20 billion in revenue per year for Tesla, and an annual gross profit of $5 billion.

The company aims to produce up to 500,000 cars per year before 2020 which would require it to produce its own lithium-ion battery cells. It currently buys them from Panasonic in Japan, but the new gigafactory – and potential future gigafactories – should take away some of the strain.