Transforming finance for a cashless future 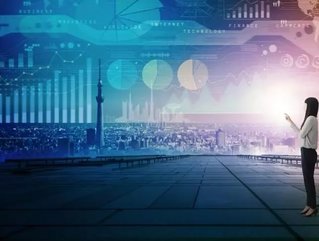 As society becomes cashless and emerging markets demand financial access, IDEX is poised to transform the way we pay. Business Chief spoke to CEO Stan Swearingen to find out how

Having made his career at the fore of some of the most pervasive technology innovations of this century, Stan Swearingen is no stranger to working with market makers.

From Bluetooth to WiFi to touchscreen technology, Swearingen has witnessed the earliest stages of current technology mainstays. That’s why he decided to come out of retirement and put his weight behind one more innovation: biometric technology that facilitates payment verification with just a fingerprint.

Notably, in addition to serving at mobile device management developer Amtel and semiconductor revolutionary Rohinni, Swearingen was previously CTO at Synaptics, the company behind the touch technology which Apple brought into the mainstream with its MP3 players, mobile phones and tablets. Now Swearingen is back for what he describes as “one more career-defining role to create a new market”.

“Part of that experience is seeing the point where you’re pushing something, an idea, and you meet resistance… even when we were developing WiFi people were saying ‘No, I don’t get it’ or ‘here are all the reasons why it won’t happen’,” Swearingen reminisces. “At the front end of an emerging market the supply chain forecast is very conservative, but once that inflexion point happens, it explodes and the volume goes through the roof.”

This is what Swearingen strongly believes is set to happen with biometric technology in 2019. Soon, he argues, PIN verification (and its now comparatively archaic predecessor, swipe and sign) is set to become a thing of the past in favor of a fingerprint connected to payment cards, allowing the user to verify payments at the point of sale with just one touch.

He’s not alone: IDEX has partnered with financial services giant Mastercard, which is excited to roll out the new fingerprint technology across its global user base. For Swearingen, it’s not a question of when or if, but how, biometrics will explode in the market. “What’s important is how you prepare yourself for that transition as a company,” he says.

As with Synaptics and Apple, it takes a technology developer coupled with a market maker to bring about the Next Big Thing, and IDEX has found a symbiotic partner in Mastercard. “Mastercard is the market maker,” says Swearingen. “We’ve been working with them on the total experience, not just technology – we are a solutions provider partnered with a market maker.” When the CEO joined the company in 2016, IDEX had the perfect combination of market maker, value proposition and knowledge of systems and biometrics.

With a plethora of fast and easy payment options on the market, what is so special about the biometric element – aside from the theatrical appeal of paying with a fingerprint? Security, of course, takes center stage. “You get a physical, unique connection with your card,” Swearingen explains. “A fingerprint is unique to you and it’s not something somebody’s going to guess or look at over your shoulder. I think customers in general are even more savvy regarding the dark web and identity theft, and people just want to make sure their hard-earned money isn’t spirited away by somebody doing fraudulent acts.”

In addition, IDEX has ensured biometric ID technology can be quickly deployed, with remote enrolment available for card users. “You get a card, you take your fingerprint and it creates a template which is stored in secure memory inside the card,” he explains. “There are multiple ways to do that. The first instance would be going into your branch and putting your finger into an optical reader, but IDEX and Mastercard saw that as an inhibitor to mass deployment, so we came up with remote enroll, involving a simple plastic sleeve that is sent in the post along with the card.”

When it comes to payment methods, security goes hand-in-hand with convenience. “If you look at how someone grabs a credit card, ergonomically it’s a natural movement,” says Swearingen. “They don’t have to learn something different. It’s so intuitive.” This more secure option is also set to reduce the necessity for things like payment limits for contactless cards. “With fingerprint, this will go away. You don’t need a limit or to re-enter your PIN. We’ve done many pilots with Mastercard and the feedback has been overwhelmingly positive about how easy to use it is and how much more secure users feel versus other methods,” he adds.

While the end user is always top of mind, merchants will need convincing that this new POS technology is necessary – but Swearingen doesn’t think this will be a problem. “Mastercard and the like are interested in frictionless transactions: easy and intuitive so the customer isn’t worried about security or anything that might cause them to think ‘I was going to buy this item but maybe I won’t’ – obviously the retailers want this to be frictionless as well. It’s a unified goal. As society moves to a more cashless approach, reinventing the credit card with biometrics is a critical part of making that transition a reality.”

In addition, IDEX’s work will help to promote financial inclusion for those in underbanked areas. “There’s a lot of people who can’t bank today because they don’t have government ID or some things necessary to get an account – biometrics will help solve that problem as financial institutions will know the person they’re issuing the card to is a real person.”

Looking to the future, Swearingen anticipates that rolling out the new technology will be similar to marketing previous concepts that seemed radical. Developers like IDEX often take on more of a systems role. “You have to engineer the total solution, so we did a reference design. We did all the hard work: the hardware, software, everything so that card manufacturers could quickly come up to speed and sample products.”

IDEX has already made strides, especially in emerging markets where e-payment systems are leapfrogging the likes of the US, and to Swearingen this is evidence of the same take-off point he saw with the likes of Bluetooth. “We’re preparing for what we believe is this inflexion point where the demand is just going to skyrocket. We have to be prepared to support many customers and make sure we have all the tools, documentation and talent necessary,” says the CEO, who expects millions of biometric units to have been deployed by the end of 2019.

Indeed, recent studies supported by IDEX outlined that 90% of customers would switch card issuer to one offering biometric technology if their incumbent did not. “The likes of Mastercard, Visa, American Express… biometric is a vehicle for them all to take share from one another,” Swearingen concludes. “For IDEX, this coming year is all about scale and making sure our supply chain has all the technical support needed.”