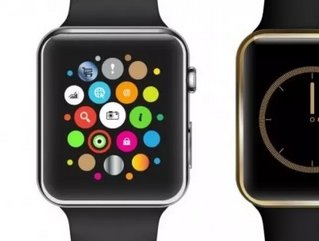 It turns out the Apple Watch Edition is going to consume less gold rather than more.

If you’ve read this and this you may think I am off my rocker since the venerable, stately Wall Street Journal recently reported:

“Orders for Apple Watch Edition – the high-end model featuring 18-karat gold casing – are relatively small in the first quarter but Apple plans to start producing more than one million units per month in the second quarter, the [source] said.” (my italics)

If in our brave new world in which we are obsessed with everything bigger, faster and better, the word “million” doesn’t make you look twice anymore, this detail might have escaped your radar.

Thankfully, there are still a lot of people for whom “one million” inspires a second glance. These people, and those in their sphere of influence, set the blogosphere—not to mention the entire gold industry—on fire when they began asking just how much gold one million 18-karat gold watches meant per month.

Josh Centers of TidBITS—referenced above—did the math and came to some jaw-dropping conclusions.

“If Apple makes 1 million Apple Watch Edition units every month, that equals 24 million troy ounces of gold used per year, or roughly 746 metric tons,” he wrote. “That’s enough gold to make even a Bond villain blush, but just how much is it? About 2,500 metric tons of gold are mined per year. If Apple uses 746 metric tons every year, we’re talking about 30 percent of the world’s annual gold production.”

This much gold consumption would shift the entire gold market in one fell swoop. That shift would, consequently, affect the entire world’s economy.

Coincidentally, according to Centers’ math, “Apple’s annual gold supply alone would be worth $28.8 billion—luxury watchmaker Rolex sells “only” $4.7 billion of product every year, from an estimated 600,000 watches.”

Is Apple really set to take over the world or could the Wall Street Journal have made a typo? Centers surmises the latter (as does this writer).

“The alternative is that the esteemed Wall Street Journal is off on its Apple Watch Edition sales by an order of magnitude (or more). That would put the number at 100,000 per month, which seems more plausible,” Centers said.

In the midst of this tempest in a teapot, it was discovered that Apple had lodged a patent request for a method that “allows them to make 18-karat gold that has, on a volume basis, less gold than regular 18-karat gold,” according to the blog “And now it’s all this.”

And this is why, as I started out saying: It turns out the Apple Watch Edition is going to consume less gold rather than more.

Related Story: Apple Becomes the Most Valuable Company in the US