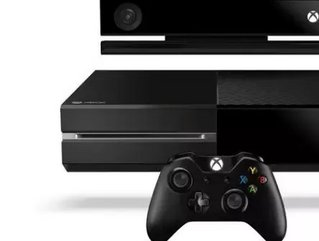 On Tuesday at the company’s campus in Redmond, Wash., Microsoft unveiled the new Xbox One console, along with plenty of content plans, including a “Halo” live-action TV show from Steven Spielberg, and an exclusive deal with Activision for Call of Duty: Ghosts.

Xbox One is the first new gaming console in eight years from Microsoft, and its strongest push so far to dominate consumers’ living rooms with an array of exclusive media content. Don Mattrick, president of Microsoft’s interactive entertainment business, said the company wanted to design and build the “ultimate all-in-one home entertainment system.”

The third generation game console from Microsoft integrates an advanced technical architecture with an all-new design meant to give users a personalized experience that responds almost instantly to their voice and gesture commands.  Xbox One is driven by a powerful combination of 5 billion transistors, 8GB of RAM, USB 3.0, Wi-Fi direct, a Blu-Ray drive, and a native 64-bit architecture. In addition, it has a 1080P HD RGB camera and an all-new game controller.

One of the most striking features from Xbox One is the ability to run multiple apps at once – and to split a TV screen into different tasks. That means Xbox One owners will be able to watch live TV, while taking part in a Skype video chat, or surfing the web.

The console also features a new Kinect sensor to better recognize users’ movements – including recognizing a shift in balance from one foot to the other or even a user’s heartbeat. Xbox One also has a built-in voice recognition system and allows users to turn on the device by simply saying, “Xbox On” without having to log in or wait for software updates.

Acclaimed movie maker Steven Spielberg will be executive-producing a television series based on Microsoft’s blockbuster sci-fi game “Halo”—one of the game industry’s largest franchises by revenue – for the Xbox One.

Although Microsoft has not provided information when the console will launch or how much it will cost, more information is expected next month.