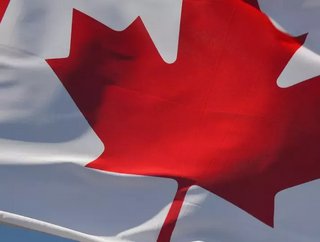 From biotech and telehealth to edtech and trading, these 10 startups are the fastest-growing in Canada, as Deloitte’s North America Fast 500 reveals

Medtech, edtech and fintech startups are among those dominating Canada’s startup scene, with Ontario-based companies nurturing the majority of the country’s fast-growing firms.

These are just some of the findings Deloitte’s recently released North America Technology Fast 500, an annual ranking of the fastest-growing North American companies in the technology, media, telecommunications, life sciences, fintech, and energy tech sectors.

Now in its 27th year, awardees are selected based on percentage fiscal year revenue growth from 2017 to 2020.

This year, 66 Canadian companies made it to North America’s Fast 500 with one in the top 10, Toronto-based Snapcommerce, and a number of the fastest-growing making their Fast 500 debuts including telemedicine startup Maple, which crashed in at number 12 in the top 500 of North America.

Demonstrating resilience, commitment to innovation, adaptability and business leadership, these companies are continuing to put Canada on the world stage and are driving growth of Canadian business.

Here, we round up the top 10 Canadian companies on Deloitte’s 2021 North America Fast 500.

Toronto-based Snapcommerce (formerly Snaptravel) made its Deloitte list debut, crashing in at number five after successfully securing US$85m in growth funding in March 2021, in a bid to expand beyond its original travel offer into other verticals. The startup’s platform, powered by AI, is a message-driven commerce platform that allows users to find and book hotels and flights through conversational tools like SMS and Facebook Messenger and uses messaging to help customers find the right products at the right prices. Considered a platform that is the future of commerce, the firm recorded three-year revenue growth of 35,526%, indicating that its recent expansion beyond travel has generated strong results.

Toronto-based telemedicine startup Maple also made its first appearance on Deloitte’s list, jumping straight to second for Canada and 12th overall having seen 15,315% revenue growth over three years. The startup, which had pondered an IPO earlier in the year, is instead focused on building out the breadth and scale of its platform as the Canadian health tech landscape heats up. Maple currently offers virtual doctor appointments for individuals as well as clients in both primary and specialised care, and also has partnerships with insurers and brokers. The startup is also expanding its customer base via US expansion with ongoing testing in Florida and New York and further expanding its digital health services into the delivery of personalised, proactive virtual mental health support. Dubbed Mind by Maple, it provides employees with holistic mental health care, including self-service and healthcare provider-guided solutions to improve their mental health and wellbeing. The startup announced a partnership with California-based meditation app Headspace in August 2021.

In at number three for Canada, up from fourth last year, and 16th North America-wide, Montreal-based software startup Mistplay grew 13,171% in a three-year period. Describing itself as “the ultimate loyalty platform for android gamers”, Mistplay enables users to earn rewards by playing games on their phone, Mistplay’s CEO Henri Machalani credits the startup’s advanced machine learning and continuous user engagement system for its growth. This advanced ML means that every game is automatically recommended to those users who have the highest likelihood of deeply engaging with it. Since launching in 2016, the platform has attracted some of the largest mobile game developers including Playtika and Scopely and has been downloaded 10 million times and given out more than US$9m in rewards. Vancouver-based biotech firm AbCellera ranked fourth in Canada (30th overall) having seen 6,562% growth from 2017-2020, driven largely by its discovery of a treatment for COVID-19 patients early in the pandemic. The treatment, which got to market within months, has since been administered to hundreds of thousands of patients and led to a huge IPO for the startup in December 2020 securing a valuation of US$5.3bn, a record for the Canadian biotech scene. Co-founded by professor and scientific visionary Carl Hansen in 2012 at the University of British Colombia where he taught, the biotech firm researches and develops human antibodies using its AI-powered antibody discovery platform. It partners with drug developers and most recently announced a collaboration with Moderna to discover therapeutic antibodies for mRNA medicines.

A leading Canadian technology-enabled logistics and last-mile delivery provider for businesses of all sizes, Bolt has experienced extraordinary 4,990% growth since its launch in 2017 on the back of its customer-centric and sustainable approach to fulfilment. Ranked 39 in the top 500 and fifth in Canada, the startup has demonstrated an unwavering ability to scale logistics and drive exponential growth, building its initial consumer storage business out into an expansive B2B offering that serves four key Canadian markets. Most recently, in November 2021, Bolt raised US$90m in funding, bringing the total raised to US$118m, with the aim of identifying new opportunities to expand its partner pool and grows its talent pipeline. The startup has a projected headcount total of 1000 employees by the end of 2021, a 400% increase from its January total of 200. 41 Following a busy 2021, which saw the Kitchener-Waterloo company bag a US$3.2bn valuation after raising US$300m in funding, ApplyBoard saw three-year revenue growth of 4,921% ranking it 41st in North America and sixth in Canada. The edtech platform, which offers software that helps international students apply to study abroad, has raised US$475m since its founding and is using the proceeds to expand its operations in India. Started by brothers Martin, Meti and Massi Basiri, who were themselves international students having arrived from Iran to study in Canada, ApplyBoard has seen rapid growth over the last few years, expanding to offer access to international educational programs in the UK, Australia and the US and doubling the number of global team members to more than 1,000. With a position of 44th out of 500 in North America, Montreal telehealth company Dialogue witnessed such explosive growth, of 4,076% between 2017 and 2020, it made its debut on the Toronto stock exchange in March 2021 with a US$4bn valuation. The growth was largely due to the pandemic as people sheltering at home increasingly turned to online tools for shopping, work communications, and medical consultations. Revenue from the company’s online health service in 2020 nearly tripled to US$29m from US$10.1m in 2019, which was up from just US$4m in 2018. Founded in 2016 by CEO Cherif Habib, the startup has become one of Canada’s premier virtual healthcare and wellness platforms, providing affordable, on-demand access to quality care.

Toronto-based digital currency trading platform Bitbuy, which this year ranks 53rd in the North America lineup has delivered organic growth since its launch in 2013 with revenue growth of 3,266% between 2017-2020. Designed to make the buying and selling of digital currencies like Bitcoin simple, the startup uses advanced mathematics and proprietary software to automatically procure Bitcoin from global markets in real time.

Vancouver buy now, pay later company Flexiti Financial returns to the Fast 500 list for the third consecutive year, this year ranked 54th overall and ninth in Canada thanks to its impressive revenue growth of 3,143% from 2017-2020. Founded in 2013 by Peter Kalen, Flexiti is one of Canada’s fastest-growing BNPL financial solutions for retailers, and over the last year the startup has taken great strides to grow its Flexiti Network, now partnering with more than 7,000 top-tier Canadian retail locations and ecommerce sites.

Not only is Nasdaq-listed mCloud Technologies ranked 10th in Canada (57th America-wide) on the latest Fast 500 list having experienced growth of 3,003%, but it has further been named number two on Deloitte’s Clean Technology Fast 50 in Canada. Founded in Calgary in 2010, mCloud has become a leading provider of AI-powered asset management and ESG solutions. Focused on unlocking the untapped potential of energy intensive assets with AI and analytics, curving energy waste and maximising energy production, mCloud has a global presence and offices worldwide, boasting more than 100 blue-chip customers and over 62,000 assets connected in thousands of locations worldwide. Top 10: Poaching of tech executives during the pandemic