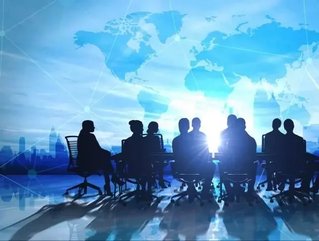 Holmes, who currently stands as the CEO of Aviva UK General Insurance, will replace Greg Sommerville, who will step back to become a non-executive director of Aviva Canada.

“Under Colm’s leadership, Aviva’s UK general insurance has gone from strength to strength,” said Andy Briggs, CEO UK Insurance, Aviva. “He has been responsible for driving strong growth in both revenue and profit, as well as achieving high customer satisfaction and developing new insurance products that help our customers manage the risks of everyday life. “

Despite stepping down from his position as CEO of Aviva UK General Insurance, which Rob Townend will assume following his departure, Holmes will continue in his separate role of leading the company’s Global Corporate and Speciality business.

“In his new role Rob will report to Andy Briggs, Aviva UK Insurance Chief Executive Officer,” Aviva said. “Rob will focus on driving continued excellence in general insurance, particularly in product design, pricing, claims and underwriting to provide customers with the insurance that best protects them, their families, their business and the things they value. “

Holmes has significant industry experience, having acted as both the Vice President of JPMorgan & Chase, and the Head of Capital Management at Zurich Insurance, previous to his time at Aviva.