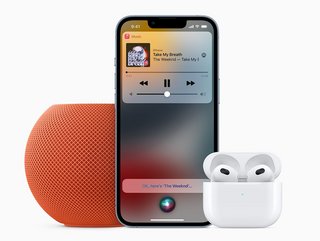 Apple has retained the title of the world’s most valuable brand following a 35% increase to US$355.1 billion – the highest brand value ever recorded in the Brand Finance Global 500 ranking.

The consumer technology giant had a phenomenal 2021, highlighted by its achievement at the start of 2022 of becoming the world’s first US$3 trillion company.

The tech giant’s success historically lied in honing its core brand positioning, but its more recent growth is attributed to the company’s recognition that its brand can be applied effectively to a broader range of services.

The iPhone still accounts for around half of the brand’s sales. However, 2021 saw Apple give more attention to its other suite of products with a new generation of iPads, an overhaul to the iMac, and introduction of AirTags. Its range of services, from Apple Pay to Apple TV, has also gone from strength to strength and become of increasing importance to the brand’s success.

Apple knows the importance of being aligned with its customers to maintain brand equity. Privacy and the environment are key topics, and Apple strengthened its credentials on both fronts. This is evidenced by a greater transparency of the App Store’s privacy policy, reinforcing the trust customers have in the brand, along with the announcement that more of Apple’s manufacturing partners will be moving to 100% renewable energy, as the company aims to reach carbon neutrality by 2030 up and down the supply chain and across the lifecycle of its products.

“Apple commands an amazing level of brand loyalty, largely thanks to its reputation for quality and innovation,” says David Haigh, CEO of Brand Finance. “Decades of hard work put into perfecting the brand have seen Apple become a cultural phenomenon, which allows it to not only compete, but thrive in a huge number of markets.”

And with rumours abounding of Apple’s foray into electric vehicles and virtual reality, it looks like the brand is ready for a new leap.

Following right behind Apple, Amazon and Google retain their titles too as the world’s second and third most valuable brands, respectively.

Amazon joined Apple in crossing the US$300 billion brand value mark with a 38% increase to US$350.3bn, navigating global supply chain issues and a labour shortage. Since June 2021, the e-commerce giant has hired 133,00 new employees and recently announced plans to hire another 125,000 hourly workers.

Amazon sees logistics as crucial, and is developing its own end-to-end supply chain through a growing fleet of trucks, vans, and aeroplanes. Across 2020 and 2021, the brand has invested an estimated US$80bn in its logistics division, compared to a combined US$58bn in the previous five years.

Google witnessed a similar brand value growth of 38% to US$263.4bn. The brand relies on advertising for much of its revenue, and struggled at the start of the pandemic as advertising spend dropped. But, as the world adjusted to the new normal, and people spent more time online, advertising budgets opened back up and Google’s business rebounded, giving its brand value a boost.

The tech sector is once again the most valuable in the Brand Finance Global 500 ranking, with a cumulative brand value of close to US$1.3 trillion.

In total, 50 tech brands feature in the ranking, though the brand value is largely attributable to three big players – with Apple, Microsoft and Samsung Group together accounting for more than 50% of the total brand value in the sector.